Monsters Power Back To Defeat Manitoba 5-4, Continue March Towards Playoffs 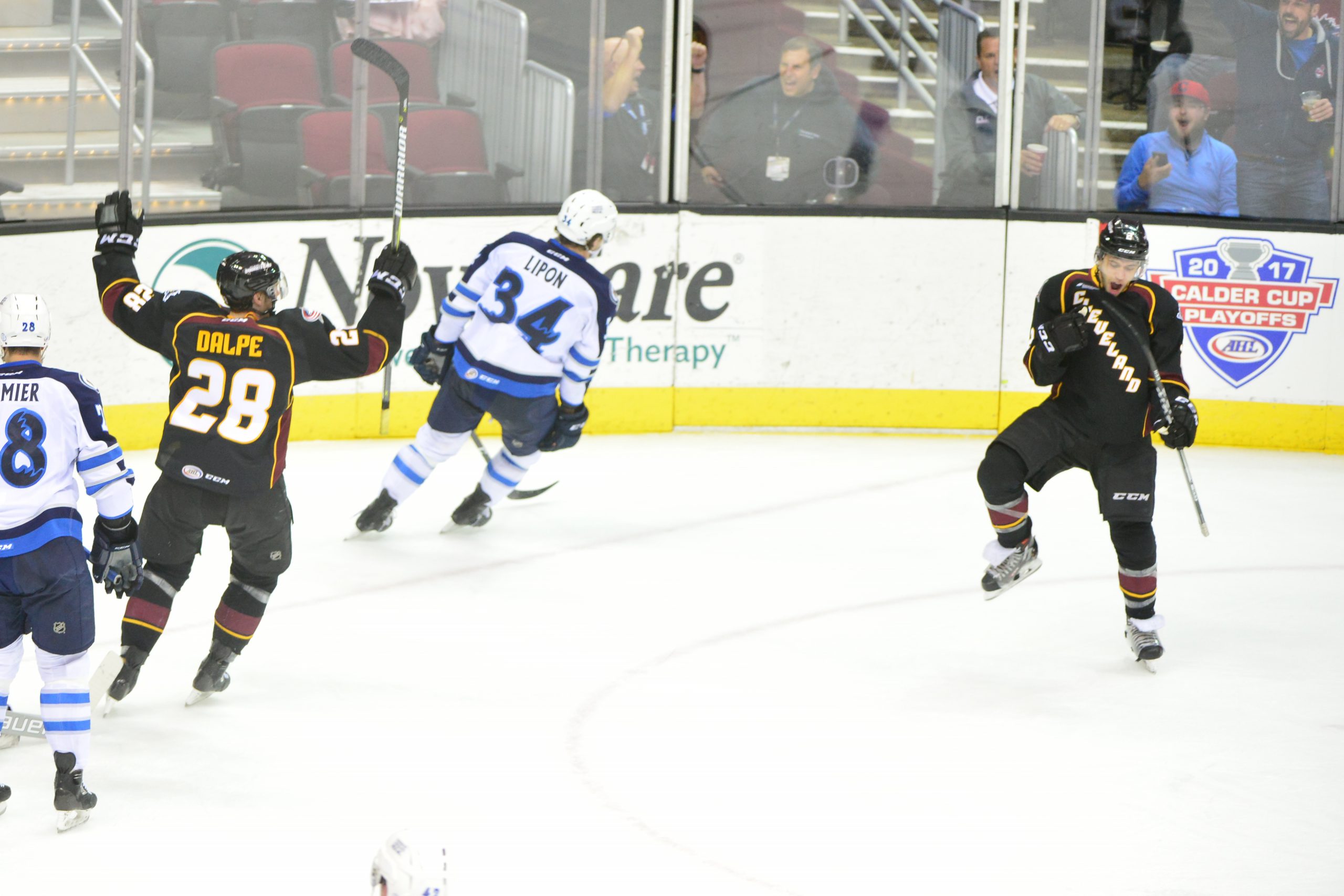 CLEVELAND, Ohio- The Cleveland Monsters took the ice for their second-to-last game of the regular season against the Manitoba Moose understanding the situation at hand. Win the next two games and get a little help from either Grand Rapids or Chicago, they’re in. Lose one and risk missing the playoffs, while losing two would all but destroy the playoff chances.

The Monsters would need a quick start and unfortunately, they didn’t get off to the grandest of starts. Manitoba struck in the first five minutes of the game, passing from the left to right and finding JC Lipon on the right faceoff circle. Lipon would zip the puck past goaltender Anton Forsberg at the 4:34 mark of the first to give the Moose the opening goal. The Monsters would get eleven shots on goal and would heat up near the end of the frame, a preview of what was to come in the middle stanza.

For most of the regular season, the Monsters have had an up-and-down power play. For a team that was ranked 21st in the league in the power play, not much was expected when the team earned a man-advantage. So when Jansen Harkins scored two goals in the first seventy seconds of the frame, most would assume the Monsters were in trouble.

Don’t tell that to the Monsters. Cleveland climbed back into the game with not one, not two, but three power play goals in the second period to even the game at 3.

Alex Broadhurst started the comeback with a shot from the right faceoff circle following an excellent pass from Dean Kukan. Kukan would get credit for the next goal after looking for Markus Hannikainen in a cross-ice pass into the crease of Comrie that was knocked in by Kevin Czuczman at the 10:49 mark. T.J. Tynan would tie the game at three with a back-door goal following a pinpoint pass from Vitaly Abramov at the 12:42 mark. Coach Madden talked after the game about how the power play came to life tonight, stating that the power play “came up big for us. We started working hard and started drawing penalties and we took it over from there.”

From there, Joe Pendenza gave Cleveland the lead with a goal on a one-timer after Sonny Milano stopped on a dime in the slot and kicked it out to Pendenza at the 14:42 mark. Manitoba evened the game up at four at the 19:04 mark when Kyle Connor found a rebound opportunity and an unattended net to score the equalizer.

The third period belonged to the Monsters, who played well on both ends of the ice to limit the Moose’ offensive opportunities and find some of their own. On a play that appeared to be broken up when Abramov got leveled heading into the defensive zone, the Monsters scored the game-winning goal. Abramov was able to dump the puck off to Sam Vigneault, who circled to the left side of Comrie and found a cutting Hannikainen for the goal at the 8:34 mark. Hannikainen talked after the game about the game-winner:

“All the credit for that goal goes to Sam Vigneault. I mean what a play. Great pass, I just put it in. It was a great play from us and a huge goal.”

The Monsters would finish out strong and make great defensive efforts to preserve the victory.

The Monsters look for one more win tomorrow night against Manitoba, as they try to lock up the final Central playoff spot. with some help from Grand Rapids. As Coach Madden has stated throughout this stretch, Cleveland can only control their play.

“All we can do is control our games. Hopefully, we get some help somewhere along the line, we’re gonna need some. Now we’ll just start focusing on tomorrow night’s game and if we get that, we’ve done what we could so to speak.”