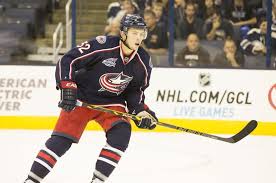 The Lake Erie Monsters announced Thursday that the team’s second-leading scorer, Kerby Rychel was selected to represent the AHL’s Central Division as a 2016 AHL All-Star.

A second-year left wing, Rychel, 21, was tabbed by the Columbus Blue Jackets in the first round of the 2013 NHL Entry Draft (19th overall) and has five goals and 20 points on the season.

This year’s All-Star Challenge will feature an innovative new game format in which, in lieu of a traditional 60-minute game, the league’s All-Stars will be divided into four teams, one representing each of the AHL’s divisions (Atlantic, North, Central and Pacific).

The four teams will then compete in a round-robin tournament consisting of six nine-minute games with the first half of each game contested at four-on-four and the second-half played at three-on-three. The two teams with the best records at the conclusion of the round-robin will subsequently go head-to-head in a six-minute, three-on-three championship game.

Rychel has made 11 appearances in the NHL this season, contributing three points for the Columbus Blue Jackets. He has been a leader for the Monsters and is a big reason why they are in the playoff picture with a record of 18-12-2-2, roughly halfway through the 2015-2016 season.

Report: Several Teams Inquire About Mozgov, Cavs Not Interested
Does Manny Ramirez Deserve A Place In Baseball’s Hall of Fame?