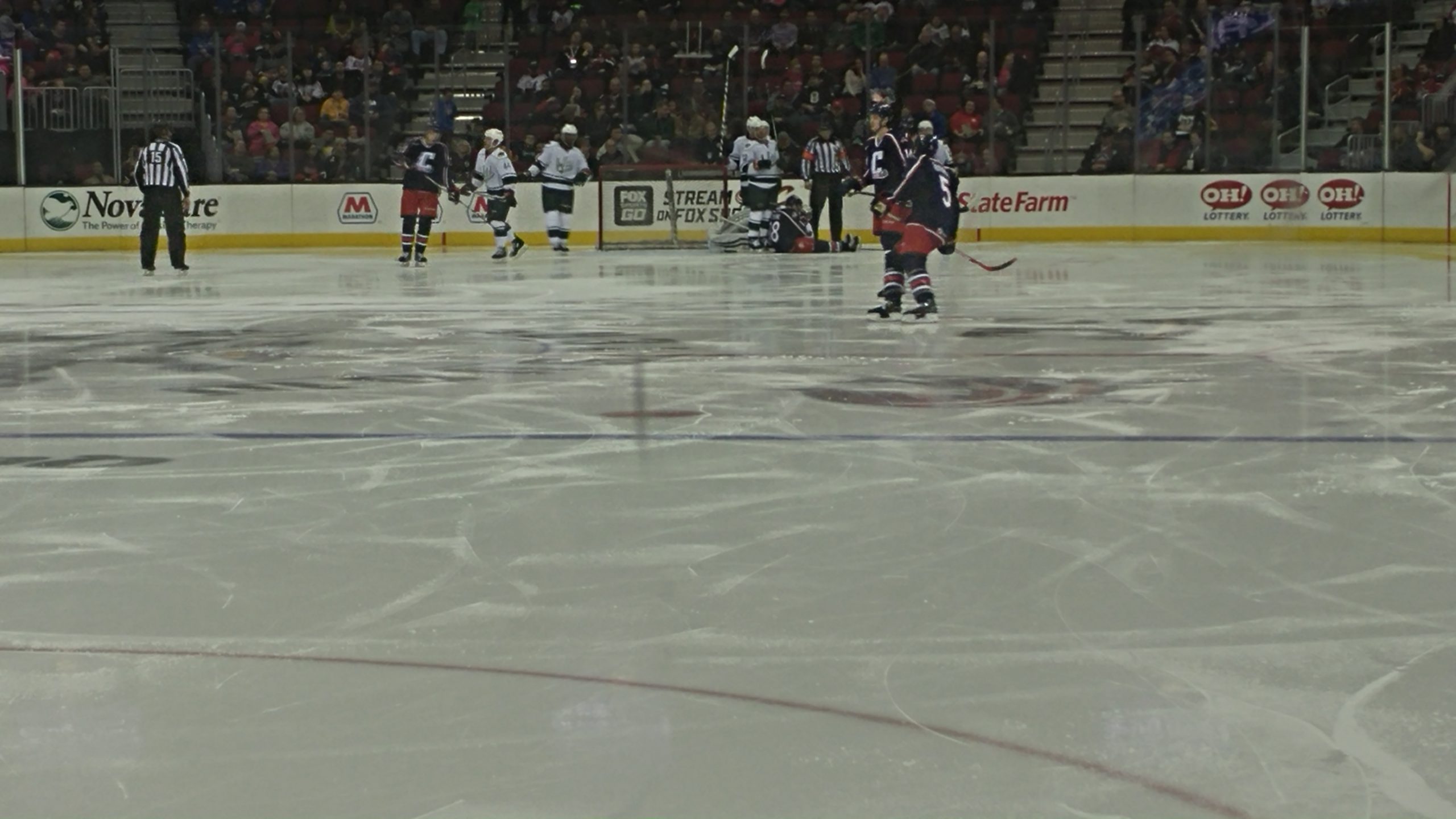 CLEVELAND, Ohio- The Cleveland Monsters returned home on Friday to take on the Iowa Wild in a Central Division battle between the 4th and 5th place teams.

The game started off very defensive-minded, as any progression past the blue line was halted by the back lines of both teams. Mario Lucia would make the most out of one of the three Wild shots and score the lone goal at the 13:03 mark of the frame. Cleveland would finish with seven shots on goal but would look to put one in the net.

The Wild would strike again in the second frame, this time off a shot that Anton Forsberg deflected and knocked up over his head. Christoph Bertschy was able to cross-check it into the net for the the Iowa goal at the 6:31 mark. That score would stand going into the third period.

The Wild put one more goal into the net off of an empty-netter by Teemu Pulkkinen at the 18:31 mark to seal a 3-0 win. Alex Stalock put together a 28-save gem for the Wild, as his team provided enough offense from 12 shots overall.