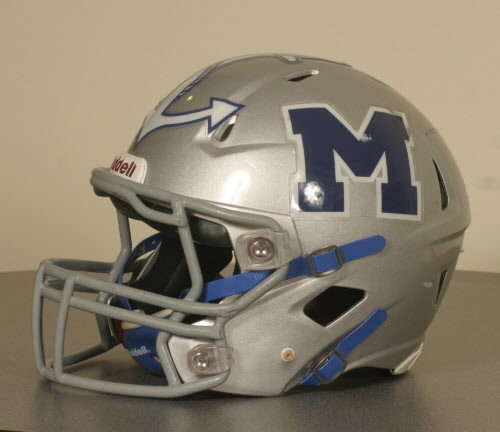 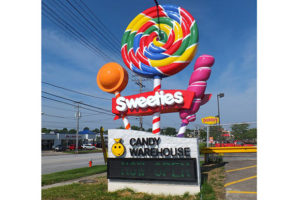 This game recap is brought to you by the B.A. Sweetie Candy Company, located at 6770 Brookpark Road, Cleveland, Ohio.

NORTH RIDGEVILLE – The Midview varsity football team was given a good scare this Halloween weekend. North Ridgeville almost pulled off the upset, and took the visiting Middies to overtime, but could not seal the deal as Midview scored and kept the Rangers from scoring in the extra period, winning 49-42, Friday night at North Ridgeville Stadium.

The winning touchdown came on an Alec Forrer 2-yard run, the second touchdown he scored on the night.

Midview quarterback Dustin Crum ran the ball 16 times, for 91 yards and two touchdowns and found the endzone four more times through the air. Crum finished the game going 22 of 30, for 336 yards through the air. Three of his touchdown throws were to Keith Johnson (1, 12, 34), with the other to Forrer (5).

The Rangers (3-7, 3-6) drew first blood when quarterback Colin Sullinger tossed a 6-yard touchdown to Jamir Malone, but it was the running of Shomari Williams which kept North Ridgeville in the game. Williams tallied 242 yards on 28 carries, and found the endzone four times on the night.

Sullinger forced overtime when he took a QB keeper four yards to paydirt, to tie the game at 42-42 as regulation time expired. Sullinger went 8-14, for 128 yards and a touchdown through the air.

The loss finished the Rangers’ season, while the Middies (9-1, 8-1) will move on to play a home playoff game against Glenville next weekend (TBA).