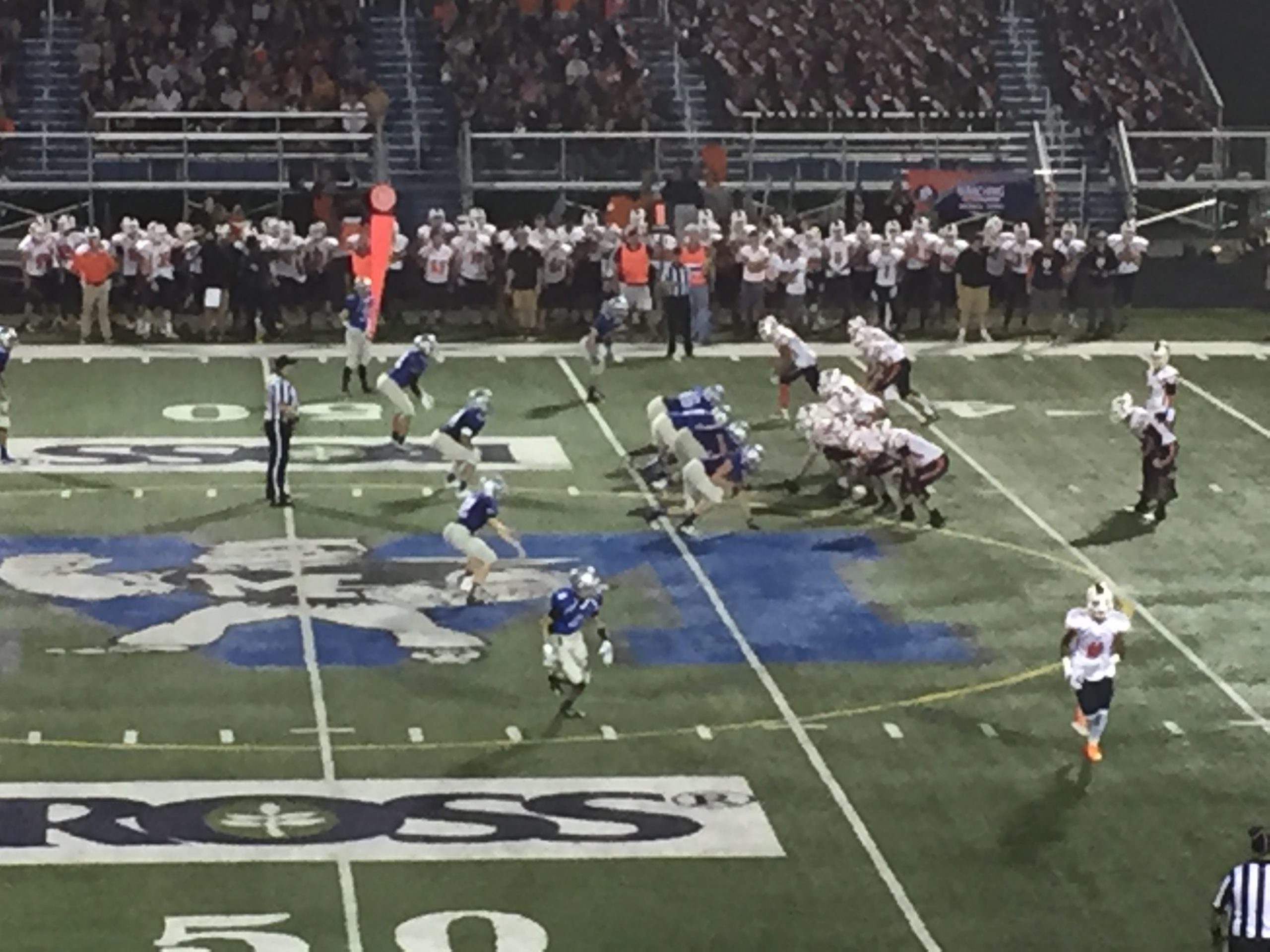 This High School Football Recap is sponsored by Setta Trophy.

GRAFTON, OHIO – After the Midview Middies lost last week to Avon, they were looking for redemption against the Berea-Midpark Titans

Midview started at their own 14-yard line and drove down to the inside of the Berea-Midpark 10-yard line where Midview quarterback Dustin Crum scrambled from six yards out to the front left corner of the endzone for a Middies touchdown. The Titans moved the chains once but couldn’t convert after that as they were forced to punt. Midveiws first play on the next possession was a 43-yard run from Crum. He ran two more time to bring them to the Titans eight yard line and drove in the score ran in by RB ­­­Alec Forrer to go up 14-0 on Berea-Midpark.

With already an impressive start to the game with over 100 rushing yards in the first quarter for Crum, he added on to the score with a 56 yard touchdown to WR Isiah Johnson. The flags were flying for the Titans. After two straight plays for first downs, they were penalized to bring them to their own six yard line and couldn’t covert and were forced to punt yet again.

The Titans were looking to get some kind of points in the first quarter as RB ­­­Tyrese Holland had a 36-yard gain to bring the Titans into decent position for at least three points. Titans QB Trevor Bycznski handed off to Holland again but the ball was fumbled and recovered by Midview. After getting to the Titans 35-yard line, Crum threw an interception before the end of the first quarter.

The second quarter had two more Crum touchdowns over 50-yards each and they were both to WR Keith Johnson (51, 57). The Middies scored another one yard touchdown to go up 42-0. Berea-Midpark drove all the way down to the Middies one yard line and Holland fumbles the football and LB Trevor Begin ran it back 99-yards to the house. Middies lead at the end of the half 49-0.

It took the Titans three quarters to get their first score of the game as RB Michael Robinson ran the ball in the endzone to prevent the shutout. Crum surprisingly came back on the field for the Middies next possession and ran the ball for an 80-yard touchdown. The Titans got the ball back and Robinson scored again in the beginning of the fourth quarter with a 10-yard run for his second score of the game making the score 56-14.

Tyrese Holland finally had the big play he was looking for all game as he ran the ball in for an 86-yard touchdown for Berea-Midpark and Omar Siggers caught a touchdown but the rally came too late as Midview led the entire game and wins in convincing fashion with a final score of 56-30.

The Player of the Game was none other than Midview QB Dustin Crum who was 13 for 18 with 288 yards and had 209 rushing yards. He also passed all-time leader Cody Callaway for most career yards in Midview school history.