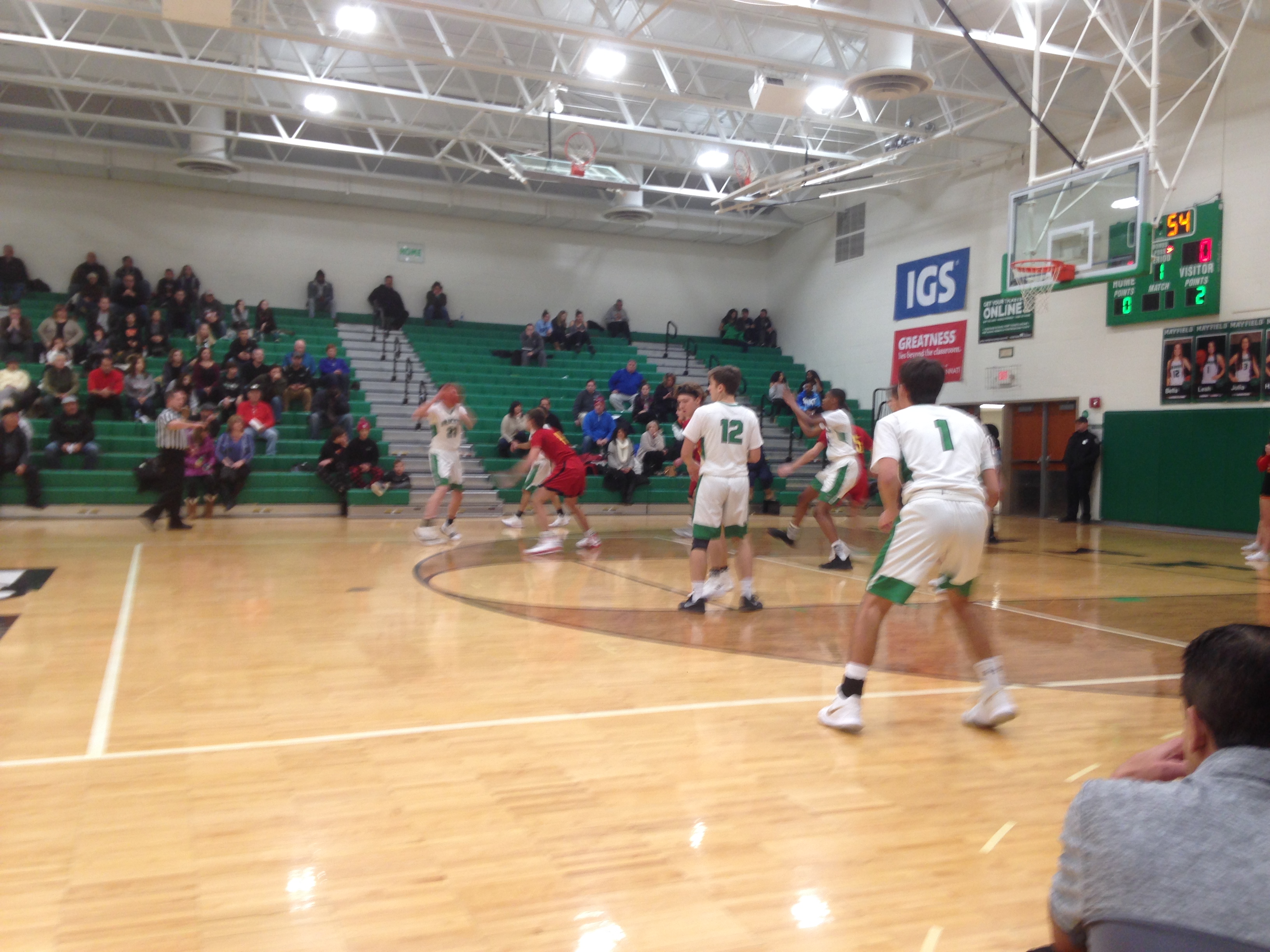 “We made a great jump from last year. Our coach works on us every day. It’s really awesome being with this team and it’s amazing how we’ve turned it around.” said Favazzo.

“I focused on trying to attack their bigs, and get to the free throw line.” said junior forward Kenny Ganley, who had 26 points to lead all scorers. “We weren’t hitting many shots, but we started playing harder on both ends of the court.”

“Mayfield is fundamentally sound. Coach Pacsi has done one of the best jobs in the Cleveland area with what he’s done with that team. They played a great game tonight.” said Brecksville head coach Steve Mihalik.

Legendary head coach Bob Pacsi, in his first season at Mayfield and 44th year coaching overall, talked about the success of the Wildcats so far this season.

“We have a team of 12 players who work their butts off. We play well together. And we play hard together.” said Pacsi. “They’re not selfish. It’s been a great experience. We settled on a style that our kids enjoy playing.”

With the way Mayfield has been playing to start the season, they could be a threat to contend for the Western Reserve Conference, and win their first conference title since 2012.

“We’re gonna take things one game at a time and go from there.” he added.

Mayfield improves to 6-1 and have tripled their win total from last season. They still have one more game left in 2017, as they travel to Parma on Friday, December 29.