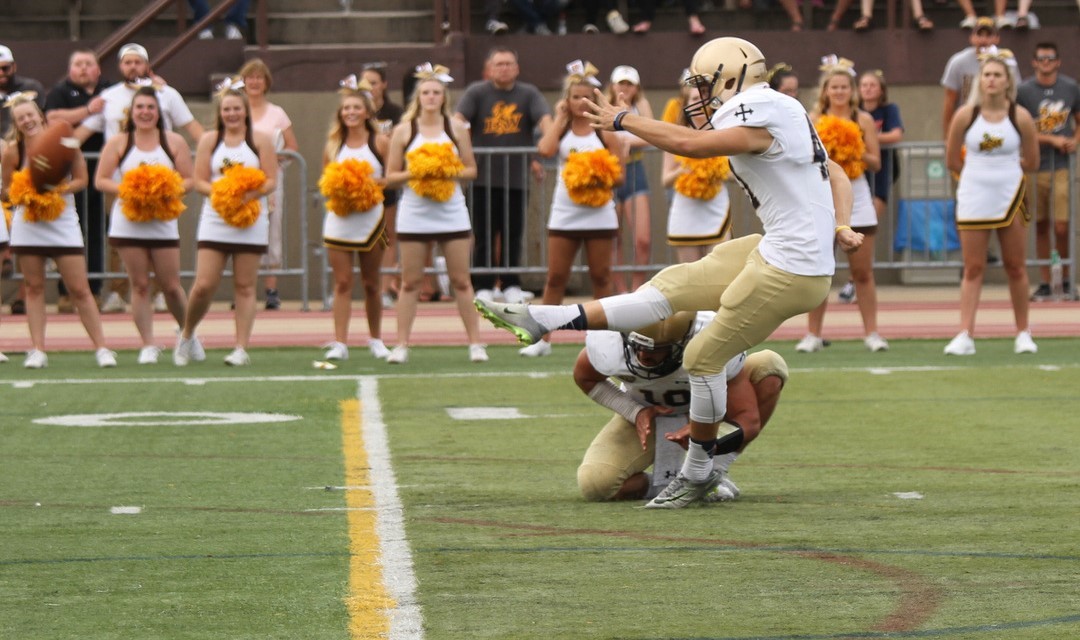 The three-year search may have ended through two weeks of the 2017 campaign.

Matt Danko earned the OAC Special Teams Player of the Week on Monday afternoon, one season after landing the same honor on September 19, 2016. He nailed three extra-point attempts and the go-ahead field goal from 21 yards in a 24-21 victory over Baldwin Wallace on Saturday.

Danko intends to major in sports studies with a minor in business.