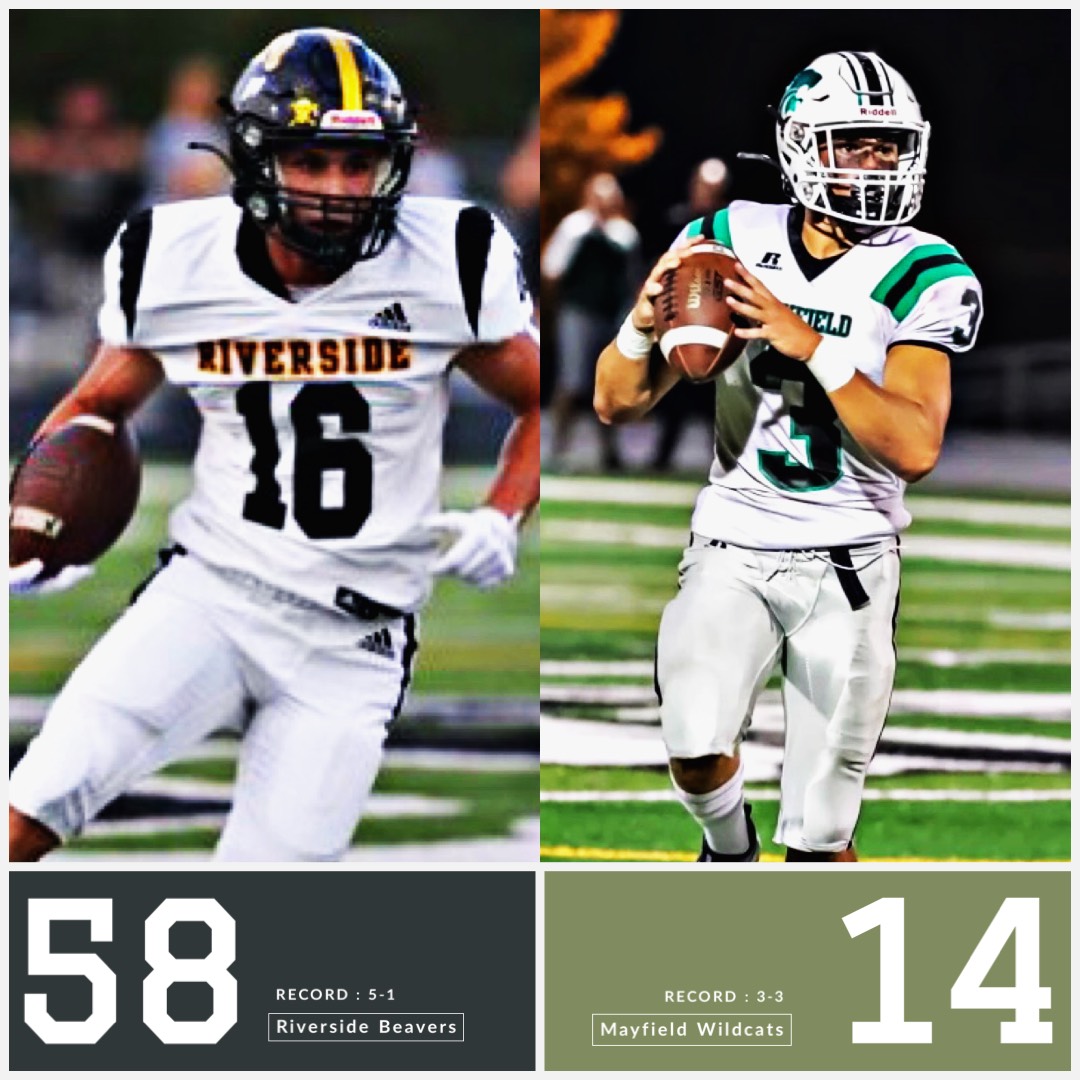 The Riverside Beavers continued their dominance with another convincing win on Friday night. The Beavers beat the Mayfield Wildcats 58-14 in a game that had fireworks right out of the gate. 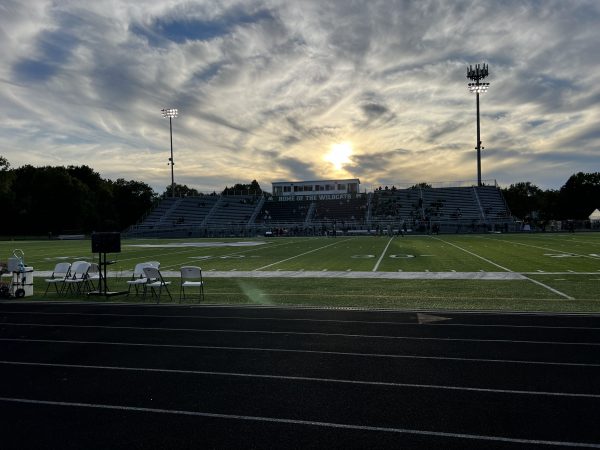 Riverside received the ball to begin the contest. They wasted little time putting points on the board with a 35-yard opening field goal. Mayfield had early troubles on their first drive. Which ended in a botched snap on a punt. This saw Riverside bring down the kicker in the end zone for a safety. Thus putting the Beavers ahead 5-0. Riverside QB Mikey Maloney drove Riverside down the field on their next possession with a 49-yard touchdown pass to WR Brady McKnight.

Riverside went for the 2-point conversion. And converted to push the score 13-0 with roughly six minutes left in the first quarter. Mayfield’s struggles continued on their next possession. As they were unable to get anything moving for the Wildcats and had to punt. Mikey Maloney found Brady McKnight again on their next drive for a 54-yard touchdown pass. Beavers led 20-0 and held that lead to close out the first quarter.

The second quarter was all Riverside. The Beavers scored 28 points in the second quarter that saw them take a 48-7 lead at halftime. Beavers WR Jake Elly took a Mayfield punt 55 yards to the house for a quick score less than 20 seconds into the second quarter. Mikey Maloney impressed with his feet on Riverside’s next drive with a 31-yard keeper to increase the lead and score to 34-0. Less than 6 minutes later and Mikey Maloney was looking for the end zone once again. He was able to find his primary receiver, Brady McKnight, for a 9-yard touchdown pass, his third touchdown reception of the night and third touchdown pass for Maloney, to push it to 41-0.

Riverside’s defense got a piece of the action when Cam Simpson took a Pick-6 across the goal line for 15 yards. That interception made it 28 points for the Beavers in the second quarter and 48 in the first half. Mayfield was able to find their first points of the game before halftime with a 3-yard run from Anthony Santoro to bring the score 48-7 entering the half. 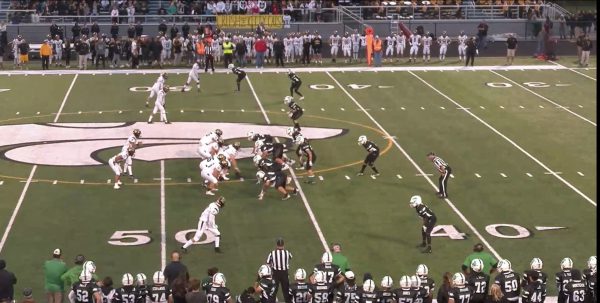 The start of the second half didn’t see the same amount of fireworks from the first two quarters. Riverside kicked a field goal late in the third to put them up 51-7. Mayfield’s Anthony Santoro found the end zone on the Wildcats next possession with a 20-yard run, his second of the night, to finish up the third and bring the score to 51-14.

The fourth quarter saw some of the same production that the third offered. Riverside scored the only, and final, points of the game and fourth quarter with a 3-yard run from QB Ethan Barton.

Riverside is legit. The Beavers snapped Chardon’s 31 game winning streak two weeks ago and were one missed field goal away from beating powerhouse Mentor and being 6-0 on the season. Their offense is firing on all cylinders. QB Mikey Maloney finished the night with four total touchdowns, three through the air and one on the ground, and 236 passing yards. WR Brady McKnight hauled in three touchdowns on 5 receptions and 159 yards. The Beavers are going to be a tough out when playoff time comes around. Riverside hosts Eastlake North (0-6) next Friday night, while Mayfield welcomes Willoughby South (4-2) to town, looking to get back into the win column.