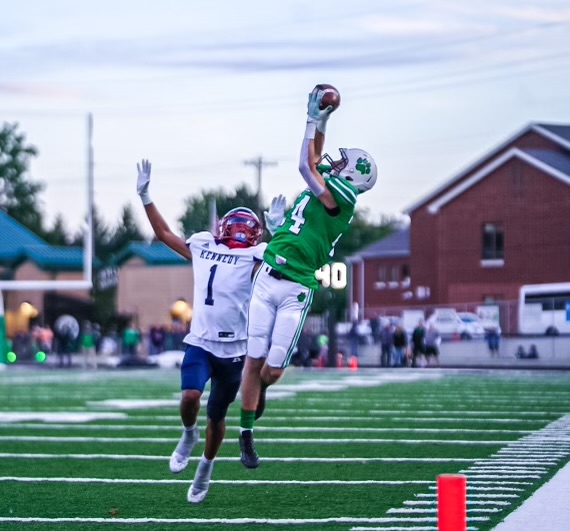 Wildcat Stadium was the site for a matchup between two of the top teams in Divisions VI and VII. Mogadore got out to an early lead and never looked back in their 28-14 victory over Warren JFK. Division I recruit Mason Williams put up another impressive performance for Mogadore and proved too much for JFK on both sides of the ball. 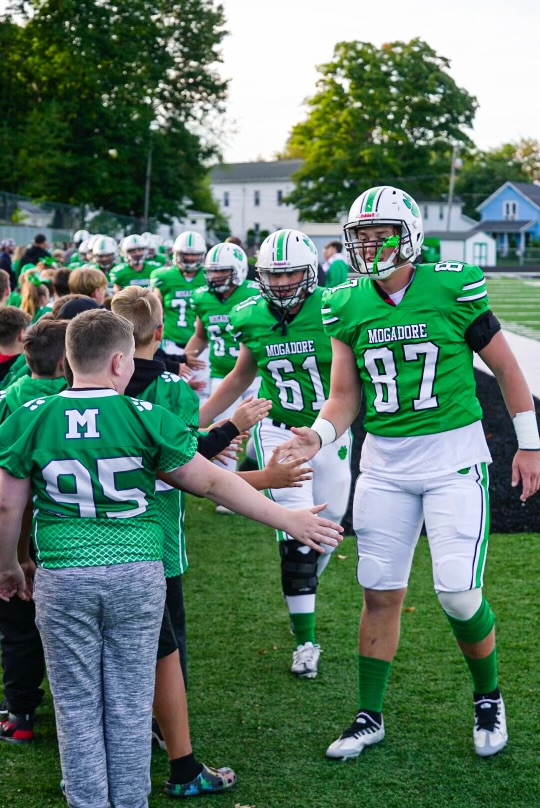 The Wildcats took the opening kick and mounted a drive that stalled out near the redzone. On the Eagles third play from scrimmage, they put the ball on the turf and Williams scooped it up, taking it 30 yards for the score. After another JFK fumble two plays later, Mogadore would take over in Eagles territory. Williams would strike again, this time on a 24-yard touchdown throw from Zeke Cameron to make it 14-0 Wildcats early.

On their third possession, JFK would finally break through. Sophomore Thomas Easton took the handoff and went 59 yards untouched to narrow the Mogadore lead to 14-6. On the ensuing kickoff, Corey Lehner returned the ball all the way to the JFK 8-yard line. On 4th and goal, Mason Williams took the ball up the middle for the one-yard score, his third of the game. 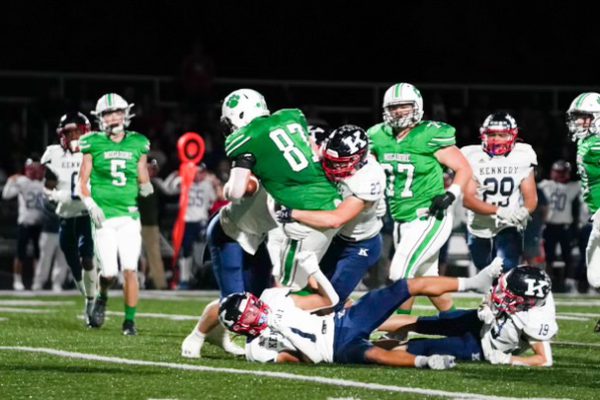 JFK would put together a nice drive of their own, getting deep into Wildcat territory before the defense came up with a fourth down stop. Mogadore then put together an 11 play, 76-yard drive that was capped off by Cameron’s second touchdown throw of the night, this time to Devin Graham for 24 yards. That stretched the Wildcat lead to 28-6, which they took into the half. 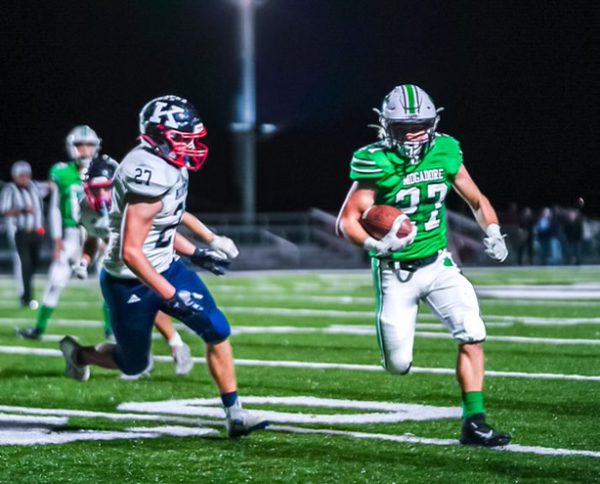 JFK would hold Mogadore scoreless in the second half, but the Wildcat defense remained stingy. On their opening drive, the Eagles would have a punt blocked, setting up Mogadore at the JFK 14. Despite the field position, the Wildcats couldn’t pick up a first down and turned the ball over.

The next Eagles possession was the Devonte Taylor show as he and QB Caleb Hadley hooked up three times for 41 yards, including a 14-yard touchdown. After a successful two-point conversion, the score was 28-14 Wildcats. JFK would get an interception from Taylor on defense but failed to convert.

With a 14-point lead and time running out, Mogadore put together a 13-play drive that ran down most of the remaining clock. The Eagles would get one more possession but turned it over on downs, sealing a 28-14 Wildcat win. 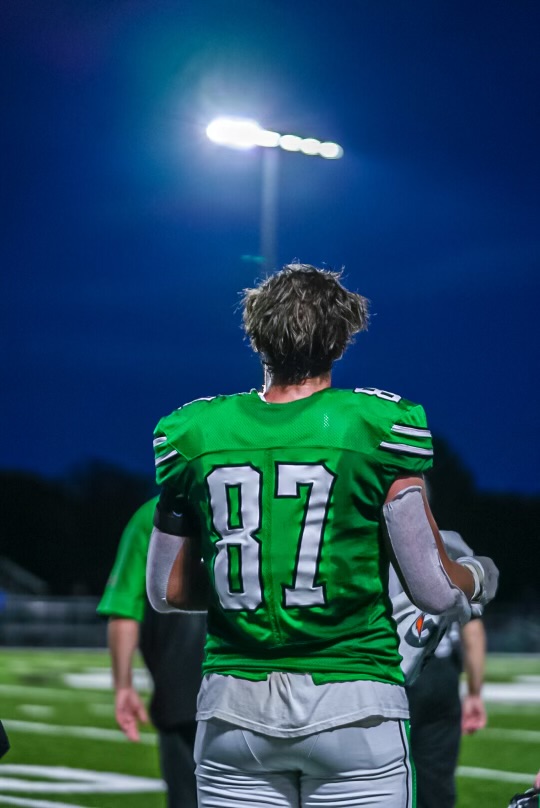 Mason Williams was an absolute force to be reckoned with on both sides of the ball. By far the biggest player on the field, Williams was in the Eagles backfield all day long when he wasn’t toting the rock for the Wildcats. His three touchdowns came three different ways: rushing, receiving, and a fumble recovery. Mogadore has plans for a deep playoff run and Mason Williams is a big reason why.

Warren JFK is no slouch. Ranked #1 in region 25 heading into the game, the Eagles showed flashes of why they’re a favorite in Division VII. Not only that, JFK is a pretty young team, with only eight seniors out of 51 roster players. The Eagles have big plans for the rest of the season and in years to come. 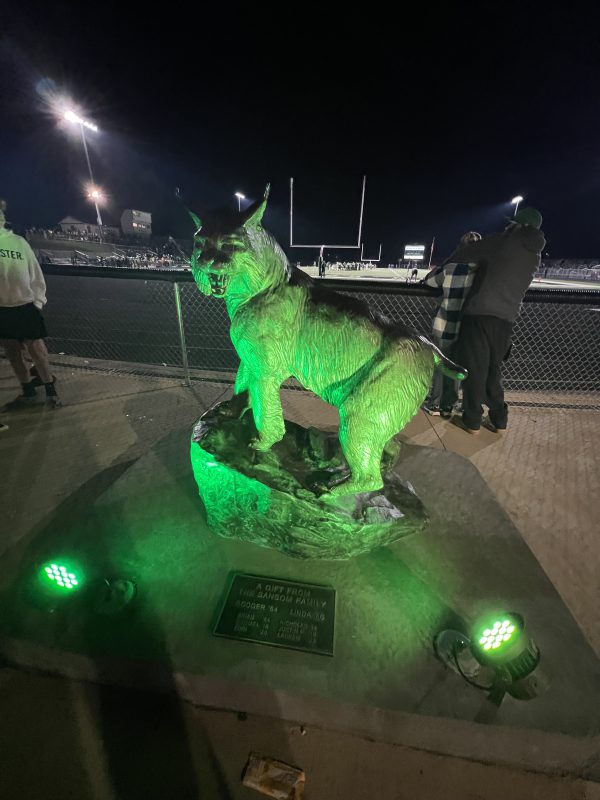 The loss is the Eagles first of the season, dropping them to 5-1, though they’ll likely hold onto their #1 spot in region 25, according to JoeEitel.com. JFK will look to bounce back next week when they take on Rootstown (5-1) at Howland Stadium. Rootstown took down St. Thomas Aquinas 56-8.

Mogadore improves to 6-0 on the year and they’ll likely find themselves holding onto the #2 spot in region 21. Next week, the Wildcats play host to the University School Preppers (4-1). The Preppers take on Gilmour Academy Saturday afternoon.

Maloney, McKnight too much for Wildcats; Riverside beats Mayfield 58-14
Week 6 POTW Poll: Who Was the Top Performer in Week 6?