LeBron James would be more appreciated in a Cavs jersey 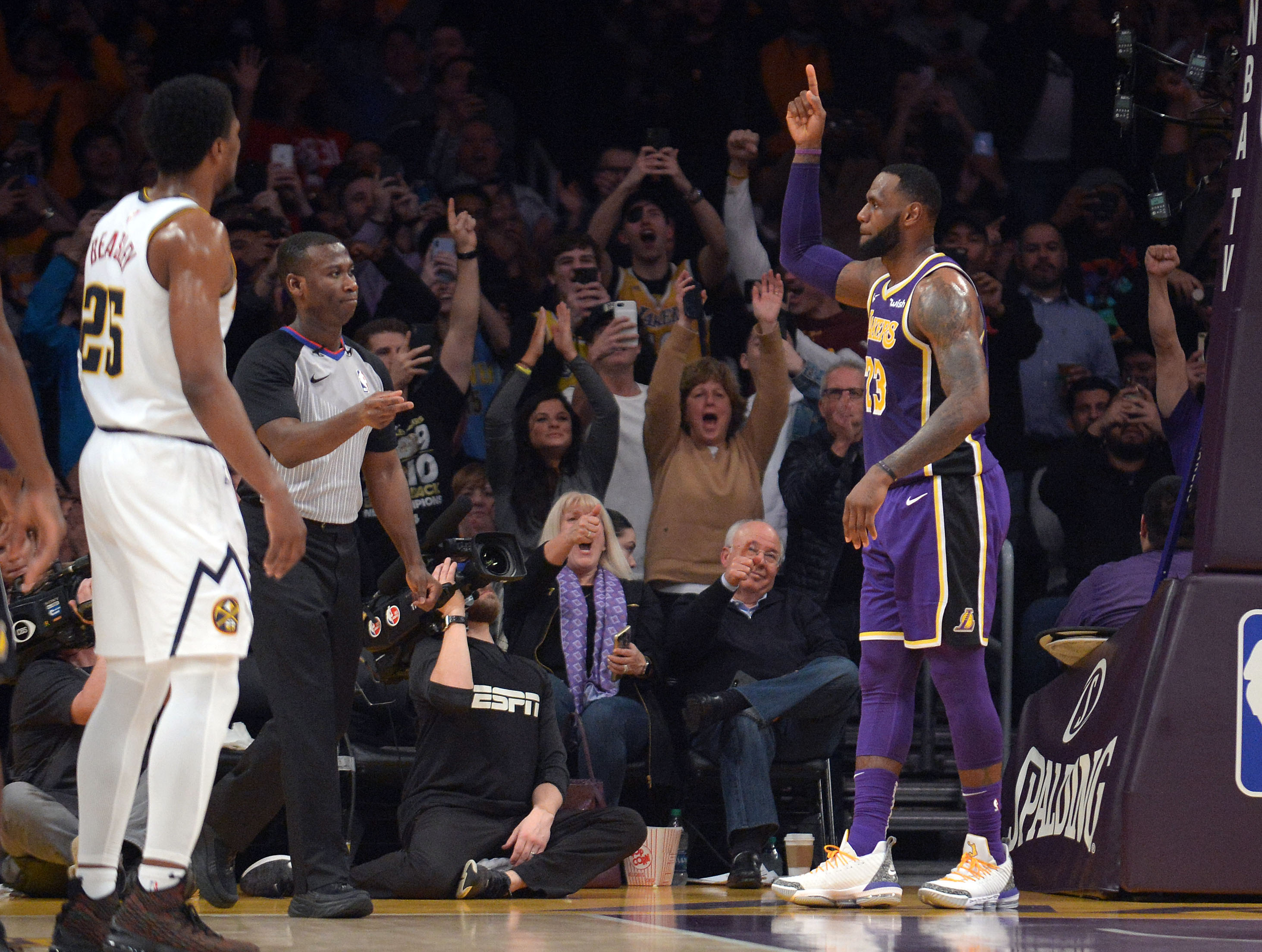 LeBron James felt as if the move to Los Angeles was necessary last summer, leaving the Cleveland Cavaliers at the height of their franchise history in order to rebuild the Lakers’ former glory.

Yet, as this season has shown (and even before the season began), the Los Angeles fan base hasn’t been kind to James and it’s because they don’t appreciate him. Not in the way that Northeast Ohio and the Cavs fan base does.

In Cleveland, LeBron is a superhero. He imagines himself as Batman and he is that in the Land. He falls in love with the characters in Mario Puzo’s “The Godfather” and to the people of Akron, he’s Don Corleone himself.

Yet, the glamour and glitz of Hollywood and the SoCal nightlife enticed the King. The idea of learning from an NBA icon who is a part-owner of one professional sports team and the president of another intrigued him. The thought of himself wearing the jersey of the team he favored as a child inspired him.

After 10 seasons in Cleveland and being partnered with a man he held at arm’s reach in Cavs owner Dan Gilbert, maybe James felt as if it was time to go a place with a clearer, warmer atmosphere.

To join a team with a number of young players who, as they grew into their abilities, could help him age gracefully as the race against Father Time neared it’s end. After all, there’s no way that Cleveland would be in position to draft one of the top NBA prospects with LeBron on the roster and the team still having a strangehold on the Eastern Conference.

Still, the Cavs would have been building around a core of Collin Sexton, Cedi Osman, Kevin Love, Tristan Thompson and Larry Nance Jr. while sharpshooters in George Hill, J.R. Smith and Kyle Korver would have remained on the team. There’s no question that there are bigger names on Los Angeles’ roster but Cleveland seemed to have a more fitting collection of players.

After LeBron passed Michael Jordan for fourth-place all-time in career points on Wednesday (he now has 32,311 career points, 19 more than Jordan), the Lakers fanbase was warm but not ecstatic. Spectators but not intimately connected to the event they witnessed. That wouldn’t have been the case in Cleveland, especially not in a game that took place on their home floor.

There would have been raucous celebration from the crowd. A video on the JumboTron showing everything that he meant to the team and the community. Teammates and coaches would have been elated.

That wasn’t the vibe on Wednesday when LeBron drove to the lane to score the basket that would put him past Jordan. The crowd didn’t seem to hold their breath after he hit his patented midrange jumper to tie his scoring record.

One can’t help but wonder if LeBron made the right decision, although nobody can doubt that he made the decision he felt was the best at the time. The only thing he isn’t missing out on in Cleveland is the weather, as the Cavs would undoubtedly be a playoff team with him on the roster.

Fully expect LeBron to meet the challenge of wooing the Lakers fanbase and taking their team to the playoffs head-on. Nonetheless, it won’t be surprising to see him return to Cleveland eventually, where he’s beloved and has an imperturbable mythic presence.

LeBron James Passes Michael Jordan on the Scoring List, Channing Frye and Richard Jefferson Have Fun with It
Cavs head to Miami to play spoiler