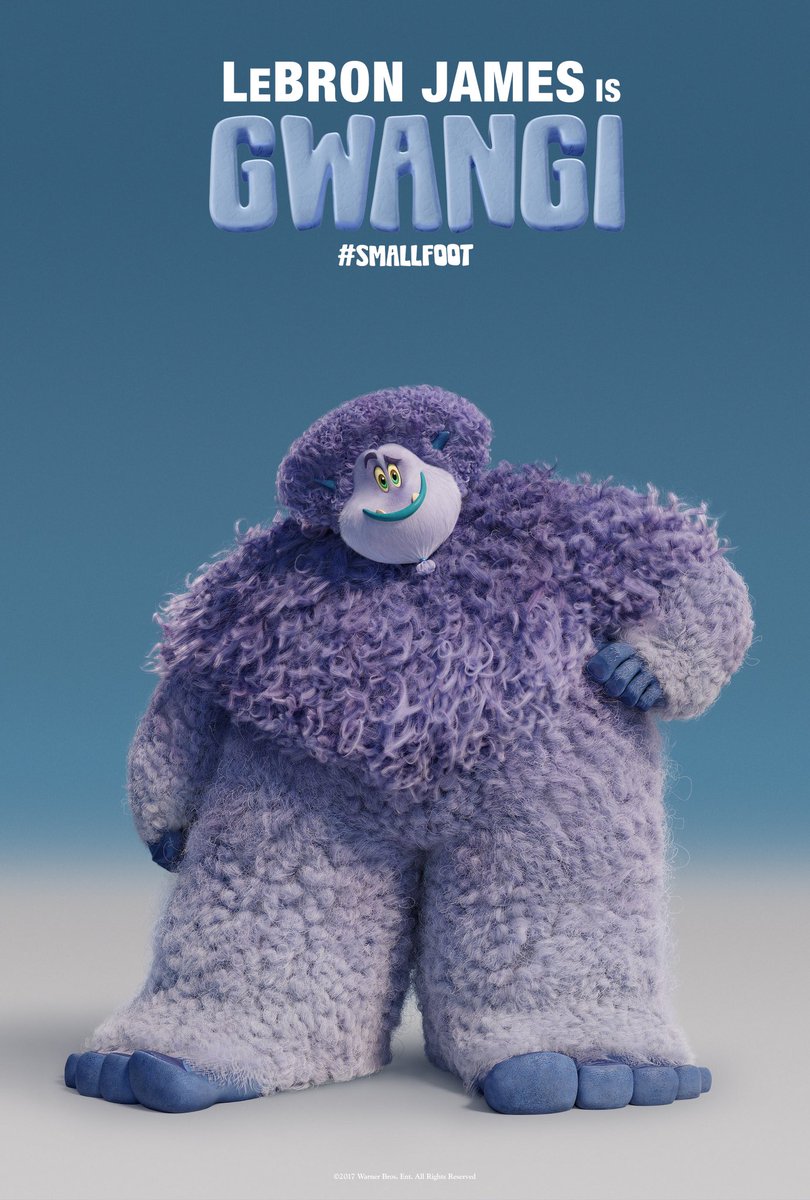 The Cleveland Cavaliers’ small forward has announced today that he will be the voice behind the character Gwangi, a yeti in the animated film “Smallfoot”. James will join the star-studded cast of Zendaya, James Corden, Channing Tatum, and Danny DeVito.

Below is the picture of Gwangi, who James’ voice will bring to life.

LeBron announces he will voice the character of Gwangi in the animated film "Smallfoot" https://t.co/gGDetNFB8m pic.twitter.com/STomG0ZHQL

“Smallfoot” will be the second film James has appeared in after making a cameo in “Trainwreck” back in 2015. The movie will be out in theatres in fall of 2018.