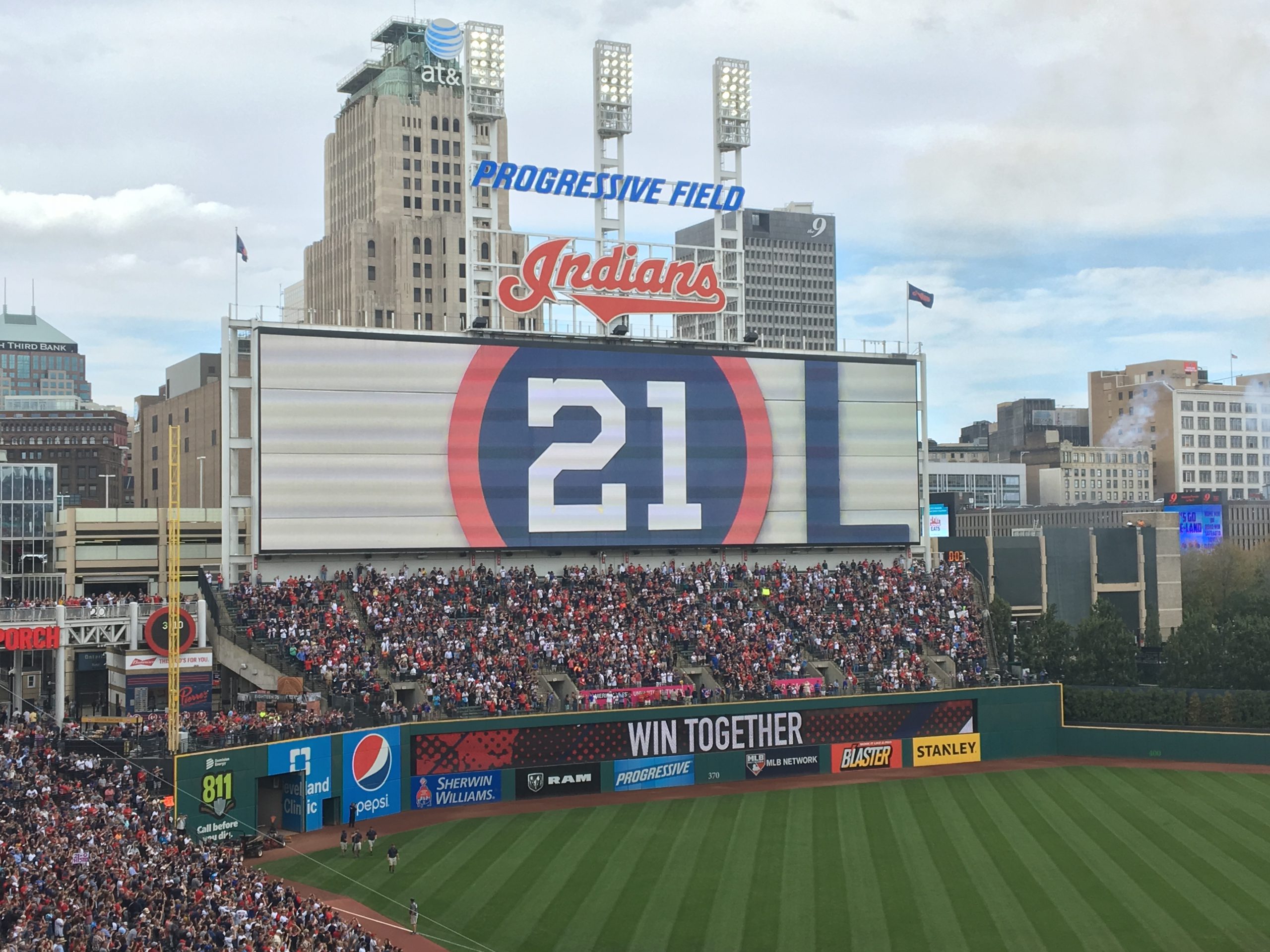 CLEVELAND– LeBron James is just one of the people who is loving the Cleveland Indians current win streak.

James posted a congratulatory message to the team following their record-breaking 21st consecutive victory, via Uninterrupted.

“There’s no way I can let another day go by without shouting out the home team Cleveland Indians, 21-game winning streak,” James said. “What y’all are doing right now, keep it going.”

James also went big picture with his praises for the team, following their 5-3 victory over the Detroit Tigers on Wednesday afternoon, commending them for “inspiring the youth” and mentioning “Cleveland pride.”

“What y’all are doing, inspiring the youth, showing the rest of the MLB what it’s about, man,” he continued. “To come back after a devastating loss in the championship rounds, man, big shout out man. For y’all to come back the way y’all are playing right now, so commendable. Keep it going.”

“Cleveland pride, man. The Land. The Cleveland Windians, is what y’all name is going to be soon. You might wanna trademark that, I might want to trademark that so I can sell a couple t-shirts or something, put Francisco Lindor’s name on it. Hey, ‘Cisco! I need one of those jerseys ASAP.”

“For real, congratulations man, y’all keep going. And I’ll be to the ballpark to see y’all soon.”

Watch the full video below via the Uninterrupted Twitter page.

“The Cleveland WINdians™” — @KingJames sends his congrats to the @Indians for their historical win streak. pic.twitter.com/wcX9HTO75L