LeBron James Does It Again; Watch the Game Saving Block and Shot in the Cavs 98-95 Win 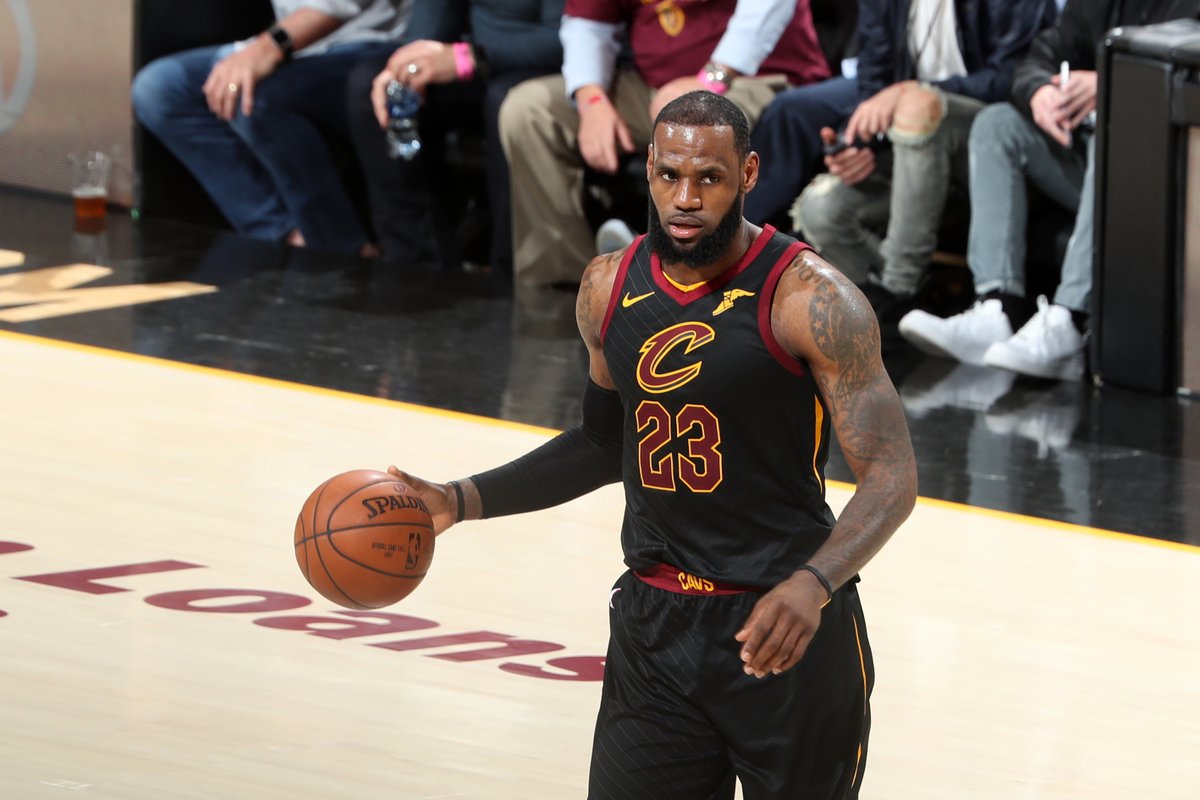 CLEVELAND – What can you say about LeBron James, other than he continues to cement his legacy as maybe the greatest of all-time, coming up with a key block in the final seconds, and then hitting the game winning shot at the buzzer for a Cavs 98-95 win.

The victory puts Cleveland ahead in the best-of-7 series three games to two, with the next game coming up in Indiana on Friday evening.

First, the block with the game tied that possibly saved the Cavs season.

As if that wasn’t enough, in dramatic fashion, James hit the game-winning three to seal the win.

James ended the night with 44 points, 10 rebounds and eight assists.

“Just trying to make these fans proud & make my teammates proud… I was able to make another play.”

–@KingJames on his game-winner #NBAPlayoffs pic.twitter.com/obunKBd9Vw