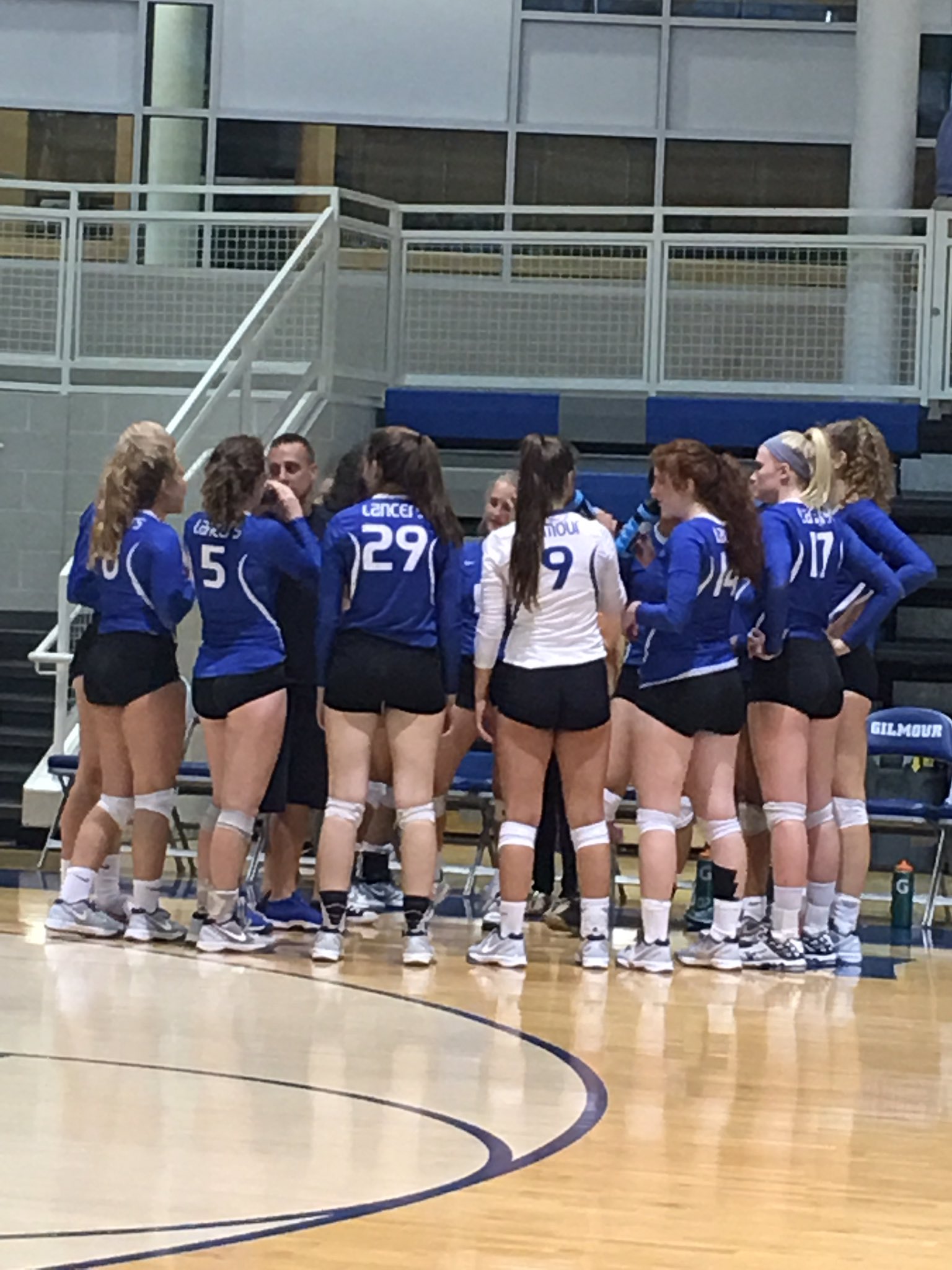 GATES MILLS, Ohio – The Gilmour Academy Lancers fresh off their 3-0 win on Saturday over the Willoughby South High Rebels, looked to take care of home court as the defending State Champions welcomed the Wildcats of Mayfield High to the friendly confines of Gates Mills.

Gilmour Academy Arena was a packed house as it was dubbed “U.S.A Night”. 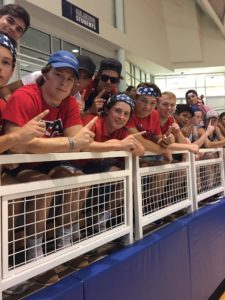 The Lancer Nation student fan base all decked out in their red, white and blue wasted no time with the chants of “State Champs” and the excitement was evident once the girls took the court for pregame warm-ups.

The first two sets were pretty identical as both teams were jockeying for position. Gilmour made some spectacular plays in attempts to keep rallies going by diving and just barely getting hands underneath the ball. They were able to rally towards the end of both sets leading 2-0 going into the third match. As the third and final set came, the Wildcats had a lead over Gilmour, but the Lancers were able to fight through the surge and take the third set in convincing fashion. Gilmour defeated the Mayfield Wildcats in 3 sets, Set 1: 25-17 / Set 2: 25-17 / Set 3: 25-12

It was an excellent and complete team effort all around as everyone contributed on the night. MH #15 Ella Grbac had 11 kills and 4 blocks, Libero #9 Erin O’Connell came up with 11 digs and the double trouble Brzozowski sisters came through as Setter #0 Megan Brzozowski had 26 Assists and MH #17 Julia Brzozowski had 3 serving aces.

The Lancers now improve to 2-0 on the young campaign. Gilmour Academy’s next game is at home on Thursday August 25th vs. Canton Central Catholic at 6:30pm.