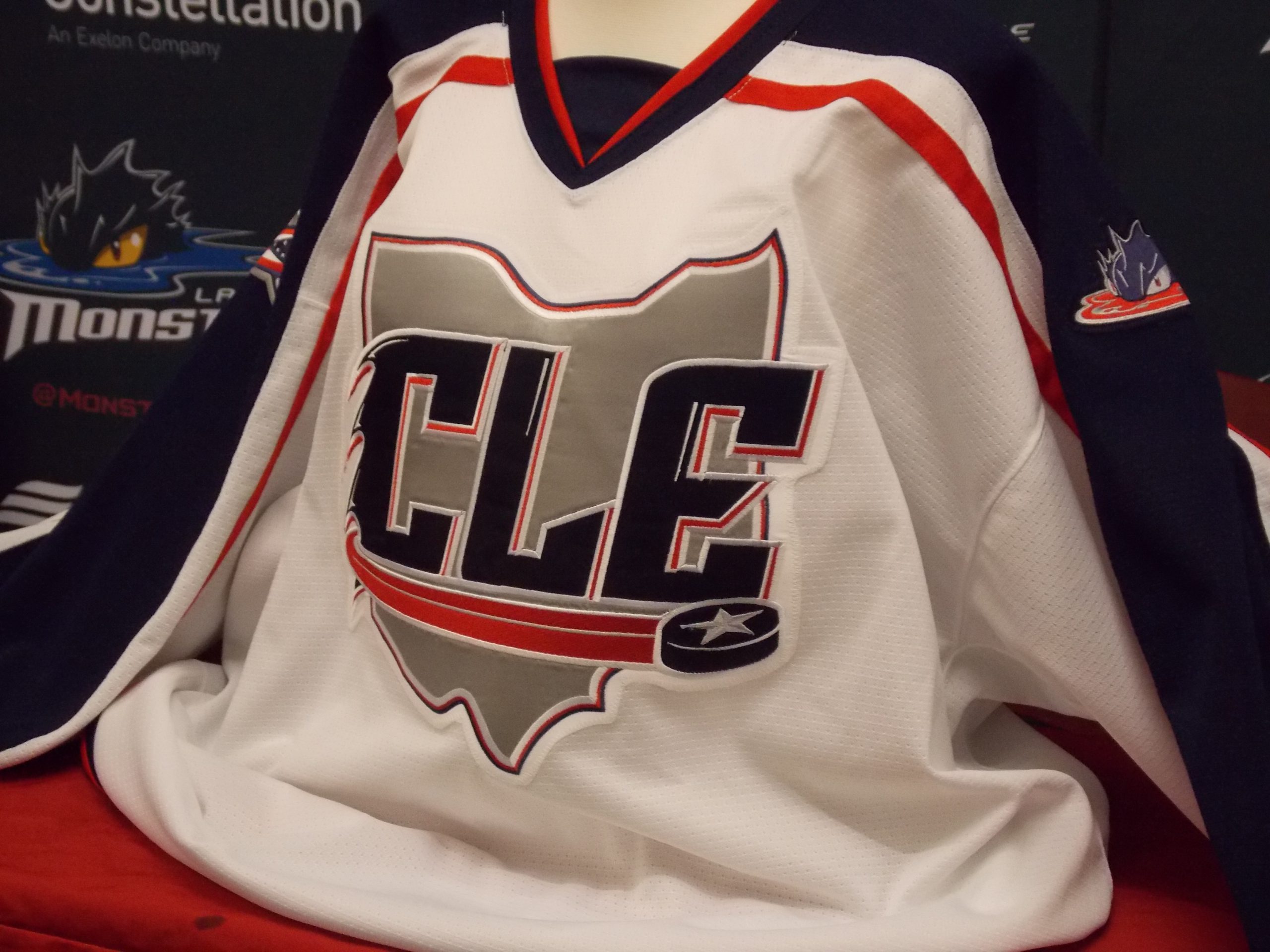 STRONGSVILLE, OH – The Lake Erie Monsters, the new affiliate of the NHL’s Columbus Blue Jackets, showed off their new unis today in Strongsville during their media day.

Fans on hand to the open session got to see the Blue Jackets take the ice first, then hung around as the Monsters practiced after Columbus was finished.

Columbus coach Todd Richards unveiled the new jerseys, a sharp new look for the Monsters who formerly were affiliated with the Colorado Avalanche.

Friday is the first game for both teams, as the Blue Jackets host the New York Rangers, and the and Monster start on the road at Rochester.

You can also see from our coverage of media day video interviews with Monsters Dillon Heatherington and Sonny Milano – Click HERE to see those!

Here’s some pics of the new Jerseys! Click on to see more!