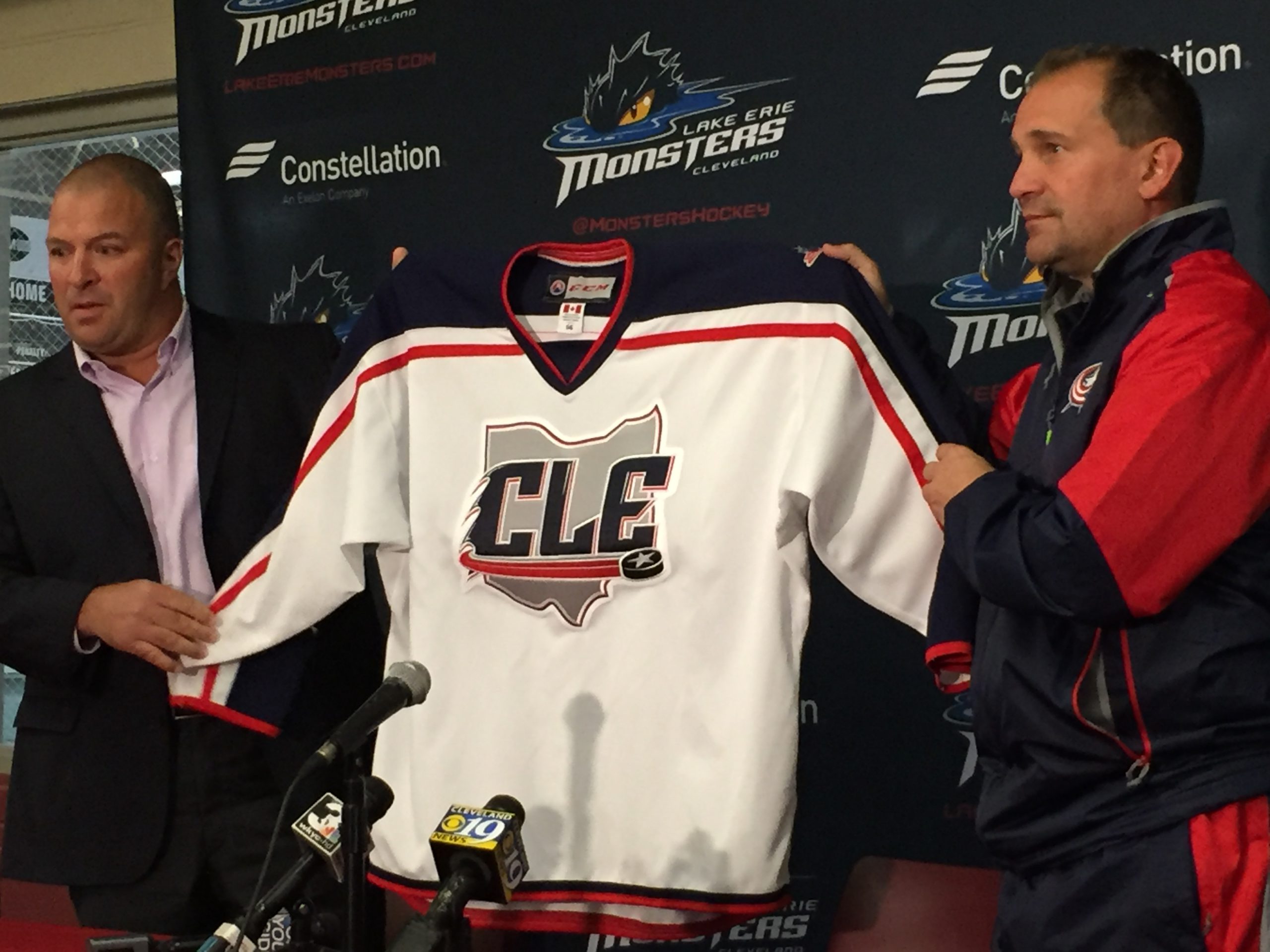 STRONGSVILLE, OH – The Lake Erie Monsters are getting ready for the upcoming season, and Tuesday in Strongsville the club took the ice following a practice by their new affiliate, the NHL’s Columbus Blue Jackets.

The new jersey for the team for this season was unveiled, as it’s the first season for the affiliation between Columbus and Cleveland.

A couple of new Monsters sat down for a chat following their practice, defender Dillon Heatherington, who was a 2nd round pick of Columbus in 2013, and left wing Sonny Milano, who was the Blue Jackets 1st round pick (16th overall) in the 2014 draft.