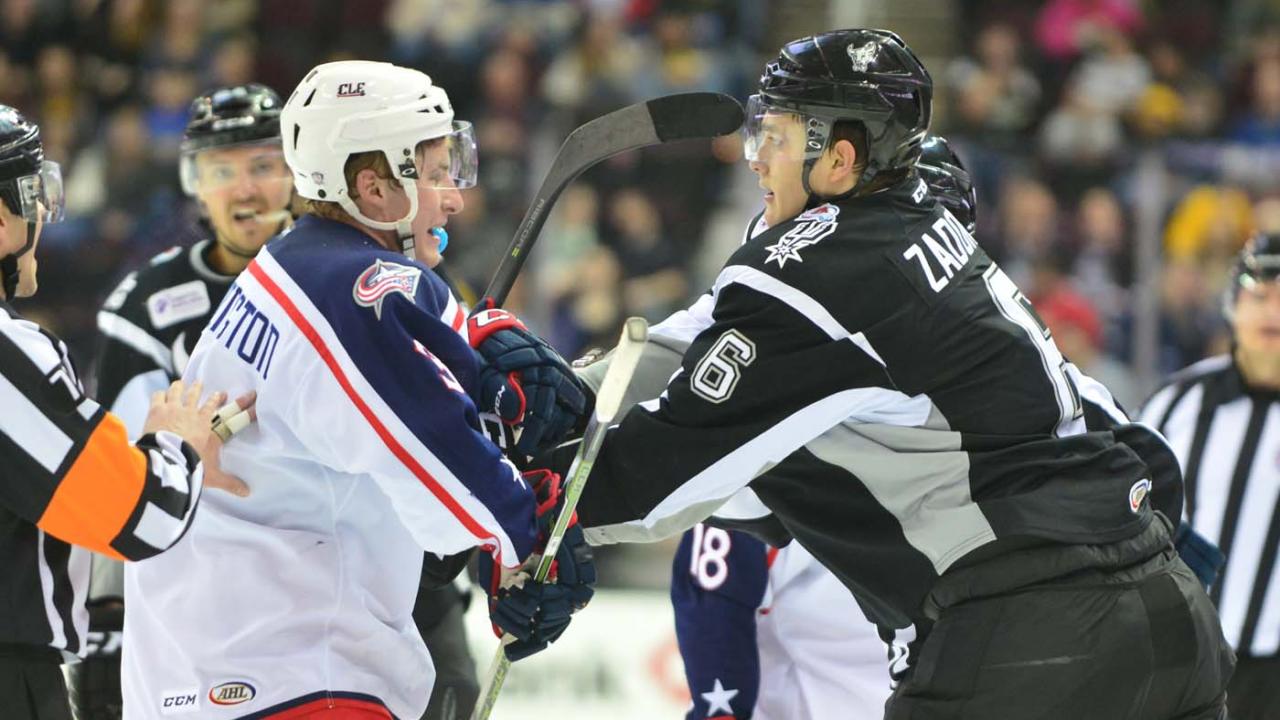 The Lake Erie Monsters and San Antonio Rampage put on a show for fans in attendance at Friday night’s game at Quicken Loans Arena. It took just over two minutes for the first fight, in which Monsters forward Brett Gallant took on Patrick Bordeleau of the Rampage.

Before play could even resume, another fight broke out between Oleg Yevenko of the Monsters and Daniel Maggio of San Antonio.

Call it a coincidence that the fights happened on $3 beer night.

It may have also had something to do with the fact that the San Antonio Rampage actually were the Lake Erie Monsters last season, playing in Cleveland before Lake Erie changed affiliates to the Columbus Blue Jackets.