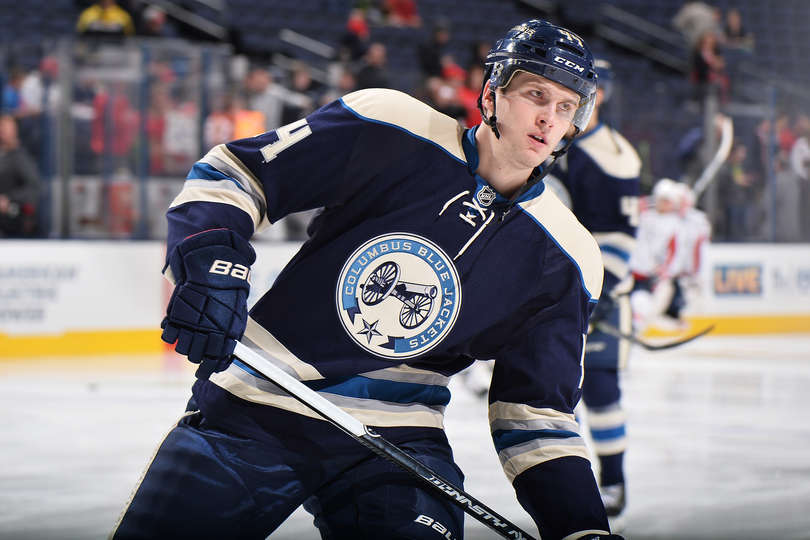 CLEVELAND – In advance of a Friday home game vs. the Manitoba Moose, veteran Lake Erie Monsters defenseman Justin Falk was added to the Columbus Blue Jackets’ roster on emergency recall, the Monsters announced Thursday. A 6’5”, 225 lb. left-handed native of Snowflake, MB, Falk, 27, was selected by the Minnesota Wild in the fourth round of the 2007 NHL Entry Draft (110th overall) and is currently in the midst of his eight professional season.

Prior to his professional career, Falk posted seven goals, 51 points, 223 penalty minutes and a +40 rating in 191 WHL appearances for the Calgary Hitmen and the Spokane Chiefs spanning parts of four seasons from 2004 to 2008 and helped Spokane claim the 2008 Memorial Cup Championship.

Next up for the Monsters, it’s a Friday clash vs. Manitoba with full coverage, live from The Q, underway at 7:00 on ESPN 850 WKNR and simulcast on SportsTime Ohio and the Monsters Hockey Network.