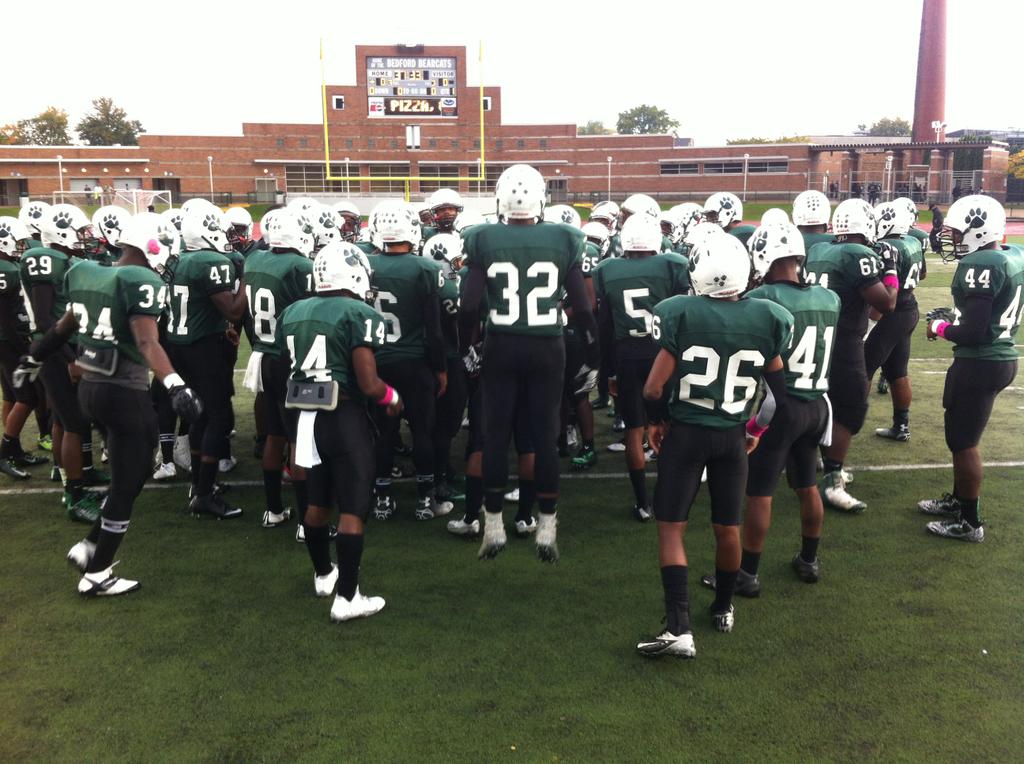 The Lake Erie League title is at stake on Friday night at Bedford Bearcat Stadium as the Titans of Lorain Senior High visit the Bearcats of Bedford. Lorain won last year’s battle 42-7

This year both teams come in with high- octane offenses evidenced by Lorain’s 41 ppg to 43 ppg for Bedford.

Lorain is led by QB Justin Sturgill, who for the season has thrown for 1131 yards with 18 TD and only one interception.

Tyshawn Lighty with 554 receiving yards and 11 TDS lead the wide receiving corps, and the Titan running game is in good hands behind RB Daylin Dower who has rushed for 1011 yards and 12 TDS.

Lorain boasts one of the areas big time defenses led by Antonio Wyatt and Dakota Mincy, the Titans have allowed a paltry 17 points per game.

The Bedford Bearcats however are no slouches on the offensive end either. They are led by QB Emmanuel Jenkins who has thrown for 1515 yards, most to outstanding WR Davion Johnson, 968 receiving yards, who will most likely reach the century mark this week.

The Bearcat running attack features Kenny Wilkins who with 955 yards should reach the thousand yard plateau himself. The Bearcat defense allows 23 ppg.

This game could possibly come down to which defense holds last, with an LEL title at stake, this should be one of NE Ohio’s better games this weekend.

NEOSPORTSINSIDERS will be there for all the in game updates and scores.