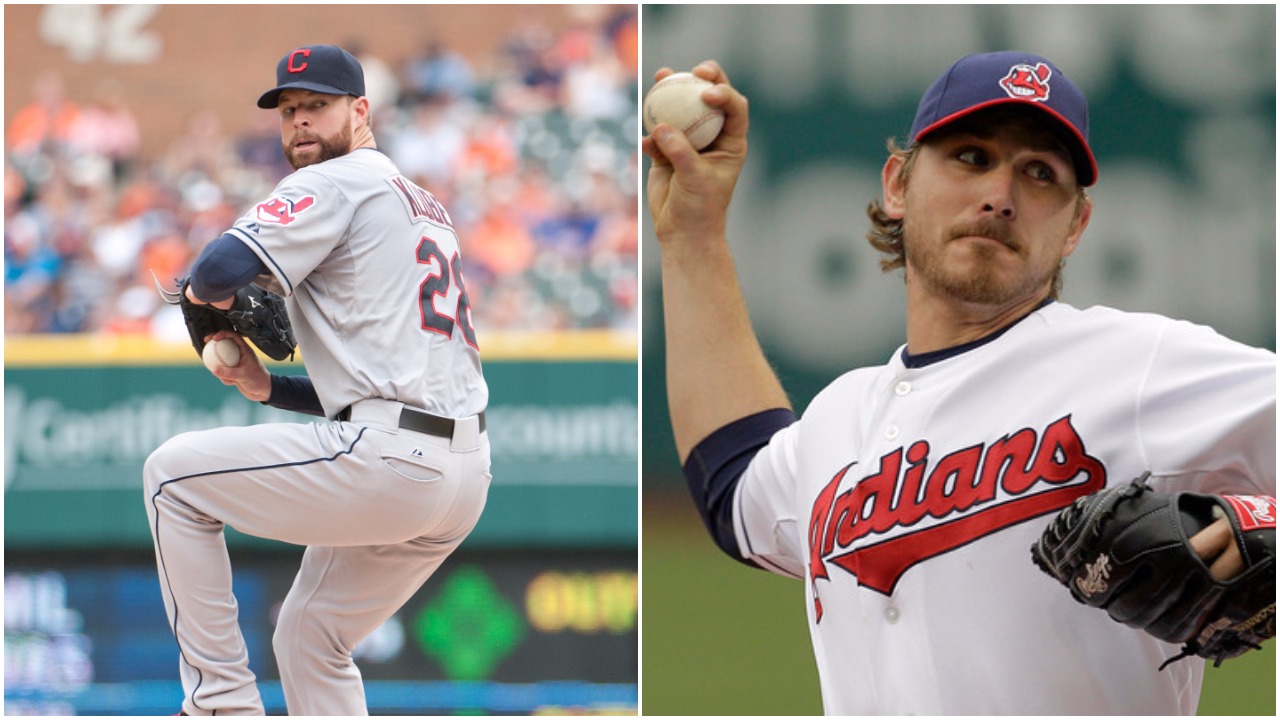 Corey Kluber and Josh Tomlin took care of business for the Tribe this week when they led the Indians to a pair of victories against two of the American League’s best starters so far this season in Chicago’s Chris Sale and Jose Quintana.

Tuesday night was a battle of undefeated starting pitchers as Tomlin (6-0) took the ball for the Indians against Sale who had won his first nine starts of the year entering the game with a miniscule 1.58 ERA.

It looked like it was going to be a long night for the Tribe bats after Sale breezed through the lineup the first time around allowing only two singles while striking out five. After that it was all Indians. The Tribe roughed up Sale for six runs (all earned) on seven hits and drew four walks in the process. The 27 year-old lefty didn’t even make it out of the fourth inning in what was by far his worst start of the season.

Tomlin faced a tall task in defeating Sale who is in the running for the Cy Young Award year in and year out but before the game Tribe manager Terry Francona had a feeling that the veteran would give the team a chance to win.

In the first inning Tomlin allowed a solo blast to White Sox leadoff hitter Adam Eaton to put Chicago up 1-0. Tomlin would allow only one more run after back-to-back doubles by Jose Abreu and Brett Lawrie in the fourth.

After the long ball in the first Tomlin was simply magnificent. He finished the night going eight innings, giving up two runs on five hits and one walk as he struck out six.

While Tuesday may have been Tomlin’s most impressive outing to date in 2016, the righty has been the most consistent pitcher so far for the Indians as he moved to 7-0 on the year with a 3.35 ERA.

One tough lefty to face after the other for the Tribe when Quintana took the mound for the White Sox looking to rebound from the previous night’s loss. Quintana entered Wednesday’s matinee 5-3 with a 1.98 ERA on the season.

The Tribe jumped out to a quick 2-0 lead on a Lonnie Chisenhall triple to right that scored Juan Uribe and Yan Gomes. The Indians would tack on another in the third when Uribe hit a sac-fly to center scoring Jose Ramirez.

That’s all the damage the Tribe would do to Quintana as the lefty went six innings allowing those three runs on five hits, one walk while accumulating eight strikeouts.

That’s all the help Kluber would need (well sort of, the extra security run in the eighth helped).

After picking up his third win of the year last weekend in Boston the former Cy Young winner followed it up with another dandy in Chicago.

Kluber was excellent for the Tribe lasting 7.1 innings allowing only two runs (one earned) on seven hits while walking one and striking out nine.

Bryan Shaw came on in the eighth to hold the lead at 4-3 before Cody Allen slammed the door with a 1-2-3 ninth to pick up his 11th save in as many opportunities.

Kluber and Tomlin helped the Indians get to five games above .500 by moving to 25-20.

After taking three of four from the White Sox the Tribe has put themselves just a half game in back of first place in the Central Division behind Chicago.

Amazingtickets.com is your one stop shop for everything North East Ohio and Beyond!
Indians Open Up Huge 10-Game in 10-Day Homestand Tonight at Progressive Field