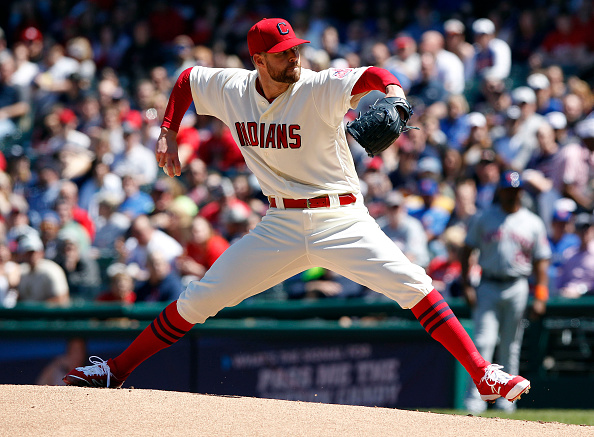 CLEVELAND – The Sun was shining down bright on Progressive Field Sunday as the Indians faced off with the Mets in the rubber match of their three game series.

For the Indians, maybe that sun was a little too bright for their liking.

After the first inning when the Mets hit Corey Kluber hard for three runs, three more were scored in the second in part to a sun-aided triple by Curtis Granderson and a double by Yoenis Cespedes that both dropped after Rajai Davis lost the ball in the Sun. Both balls were catchable.

Besides those first two innings, Kluber settled in nicely as he went on to pitch a total of six innings allowing six runs on nine hits while striking out eight and walking one. Kluber would allow only two base runners after the second.

The Indians could get nothing going offensively all game as Steven Matz had a solid outing for the Mets.

Matz, after getting shelled and lasting only 1.2 innings in his first start of the season, threw seven shutout innings, striking out nine for the Mets allowing only three hits and two walks.

The Indians (5-5) will look to get back on track Tuesday when the Seattle Mariners (5-6) come to town for a three game series.