Kluber Deserves Better, But Offense Nowhere to Be Found in Indians 2-0 Opening Day Loss to Twins 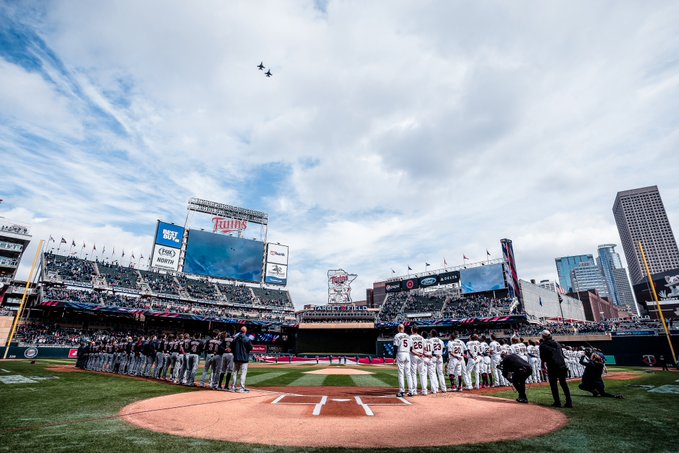 No one would ever confuse the Indians opening day lineup for that of the 1927 Yankees, but getting shut out isn’t exactly a way to start the year on a high note.

With a starting nine with the likes of Jake Bauers, Brad Miller, and Eric Stamets, the Indians did very little to evoke confidence that 2019 will be the season of dreams for the Tribe.

Then again, it was just one game, and on a positive note the team did get a solid starting outing out of Corey Kluber, and the pen did nothing bad whatsoever, but in the end you have to score at least one run, and the Indians failed to do that in a 2-0 loss.

Kluber was pretty good, as we will discuss below, but Jose Berrios was just a bit better, and the Twins offense got a couple hits in the seventh that was enough to win the game.

Here’s a quick look at three takeaways as the Indians will get Friday off before playing two straight in Minnesota before the home opener on Monday.

Berrios and the Twins pen made the Indians look downright silly in the opener, as overall they recorded 13 strikeouts in 29 plate appearances with two hits and one walk.

The only threat the Indians had came in the fourth when Leonys Martin doubled, but then Jose Ramirez popped out and Tyler Naquin struck out.

Carlos Santana walked, but with ducks on the pond Hanley Ramirez went swinging away and struck out to end the frame.

Other than that, it was not exactly a thing of beauty. Naquin 3K’s, Miller 2K’s, Stamets 2K’s, Martin 2K’s.

Give Berrios credit, but this was not a Major League effort at the plate.

2. At Least There Was Kluber

Yes Corey Kluber deserved a better fate, taking a no-no into the sixth, but then three Twins hits was more than enough to win the game in the seventh.

Marwin Gonzalez, a player that many Indians fans would have been thrilled to have in their lineup, won the game with a solid hit that drove in both runs for the Twins.

On most days it was a winning effort, but with an offense that couldn’t produce anything at the plate, it was another opening day loss for the Tribe ace.

3. The Pen Did What It Was Asked

At least for one inning on one day the bullpen did a nice job not allowing any more Twins runs, as Oliver Perez, Adam Cimber and Brad Hand in 13 pitches got three outs with a K included.

It’ll take some time to see how Terry Francona utilizes the pen, but Perez appears to be the first guy that he’s going to go to, while this team needs Cimber and Hand in a big way this season.