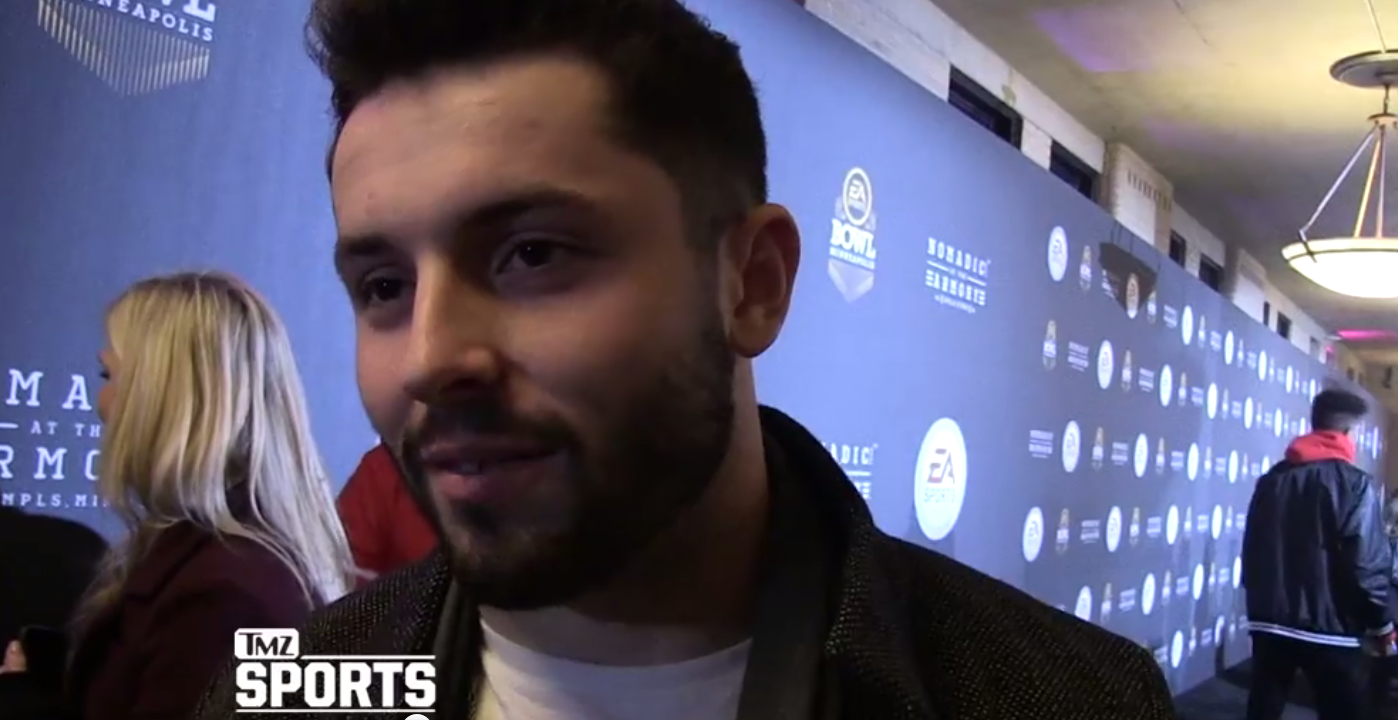 CLEVELAND – While the national perception of the Cleveland Browns organization may suggest that players should stay away, Oklahoma quarterback Baker Mayfield isn’t afraid of becoming the face of the franchise.

In an interview captured by TMZ at the EA Sports pre-Super Bowl party in Minneapolis, the Heisman winner was asked about whether or not he’s “down to play for the Browns.” In his response, Mayfield made it clear that he welcomes the opportunity.

“I’ve always been a fan of big challenges and adversity in my life, so absolutely,” the 22-year-old said.

Mayfield is now the second member of this highly touted quarterback class to say he’d be okay being drafted by Cleveland. At the Senior Bowl, Wyoming QB Josh Allen said he “wants to be the guy who turns around the downtrodden franchise. It’s been rumored that two of the other top quarterback prospects, Josh Rosen and Sam Darnold, would prefer to play elsewhere.

One of the biggest knocks on Mayfield entering April’s draft is that he possesses some character concerns, similar to those of former Browns QB and fellow Heisman winner, Johnny Manziel. For what it’s worth, Browns’ general manager John Dorsey defended Mayfield at the Senior Bowl.

“Every young man will make a mistake in his life, I bet you,” Dorsey said. “And I think he’s very remorseful of that mistake, and I think he’s moved forward from that, and he’s trying to make himself a better person, going through the process.”

The Browns, of course, hold the No. 1 and No. 4 picks in this upcoming draft. It’s expected that they’ll use one of those selections on a quarterback, even if they sign a veteran this offseason. Mayfield could very well be in play at first overall. His willingness to play in Cleveland could make him even more appealing to Dorsey and his staff.

Check out the full video of Mayfield from TMZ here.

Kenny Britt Says He Doesn’t Count His Time With Browns As Part Of His Career
Former Browns WR Kenny Britt, Who Bashed Cleveland This Week, Inactive for Super Bowl LII