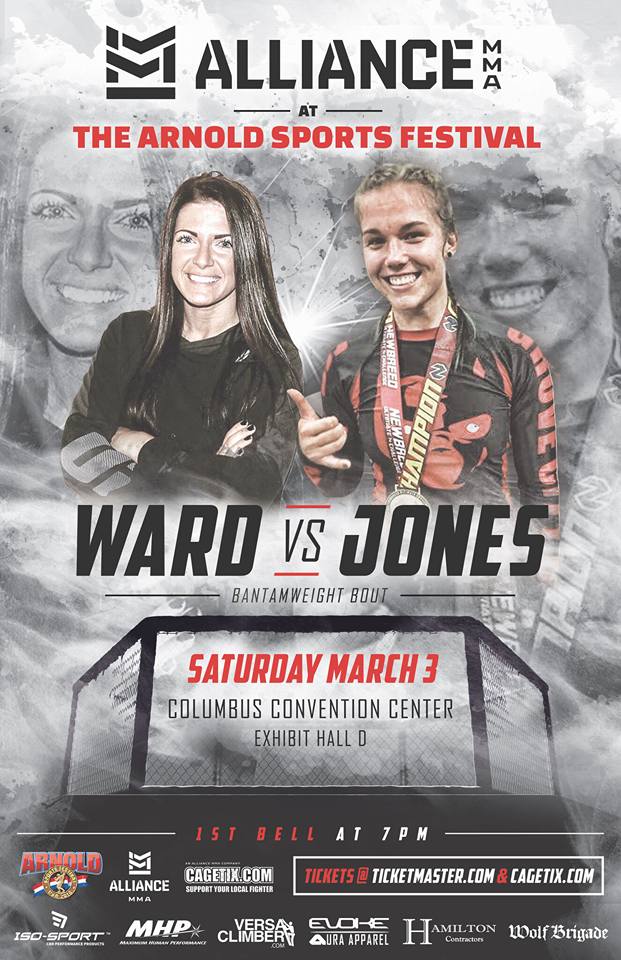 As women’s MMA continues to reach an all time high in popularity, Iron Tiger 80 will also be front and center in promoting the very best in women’s MMA.  This will be prevalent when Karlie Jones steps in the cage to face Melany Ward.

While the tape on Jones may not be that long, as this will only be her second sanctioned fight in the cage, she has a lot of excitement behind her and will be sure to bring the action on March 3rd.  Need a reason to get hyped for Jones?  Just ask her, “I’m exciting to watch because I’m giving it 110% till the end. My ground game is my sweet spot but my stand up is getting better and better everyday. I’ve learned so much between this fight and my last fight and I’m excited to bring that into the cage on March 3rd.”

Ward is also making only her second appearance in the cage as well.  Her first bout was a success as she was victorious back on Nov 22, 2017 at Iron Tiger 77.  She was dominant in a 50 second win by rear naked choked over Cherish Brown.

For more on this match, and others on this huge card, click here https://www.facebook.com/itfightseries/

Will Ward put away Jones as quick as she did Brown?  Or does Karlie Jones have a surprise in store for everyone?  We will all find out on March 3rd in Columbus.

Benedictine WR Devon Fox Is Ready To Make A Name For Himself
Lorain tops Avon on senior night, 71-45, thanks to pressure defense