Just One Swing: Lindor’s Two-Run Blast the Difference As Indians Take Game One 2-0 Over Jays 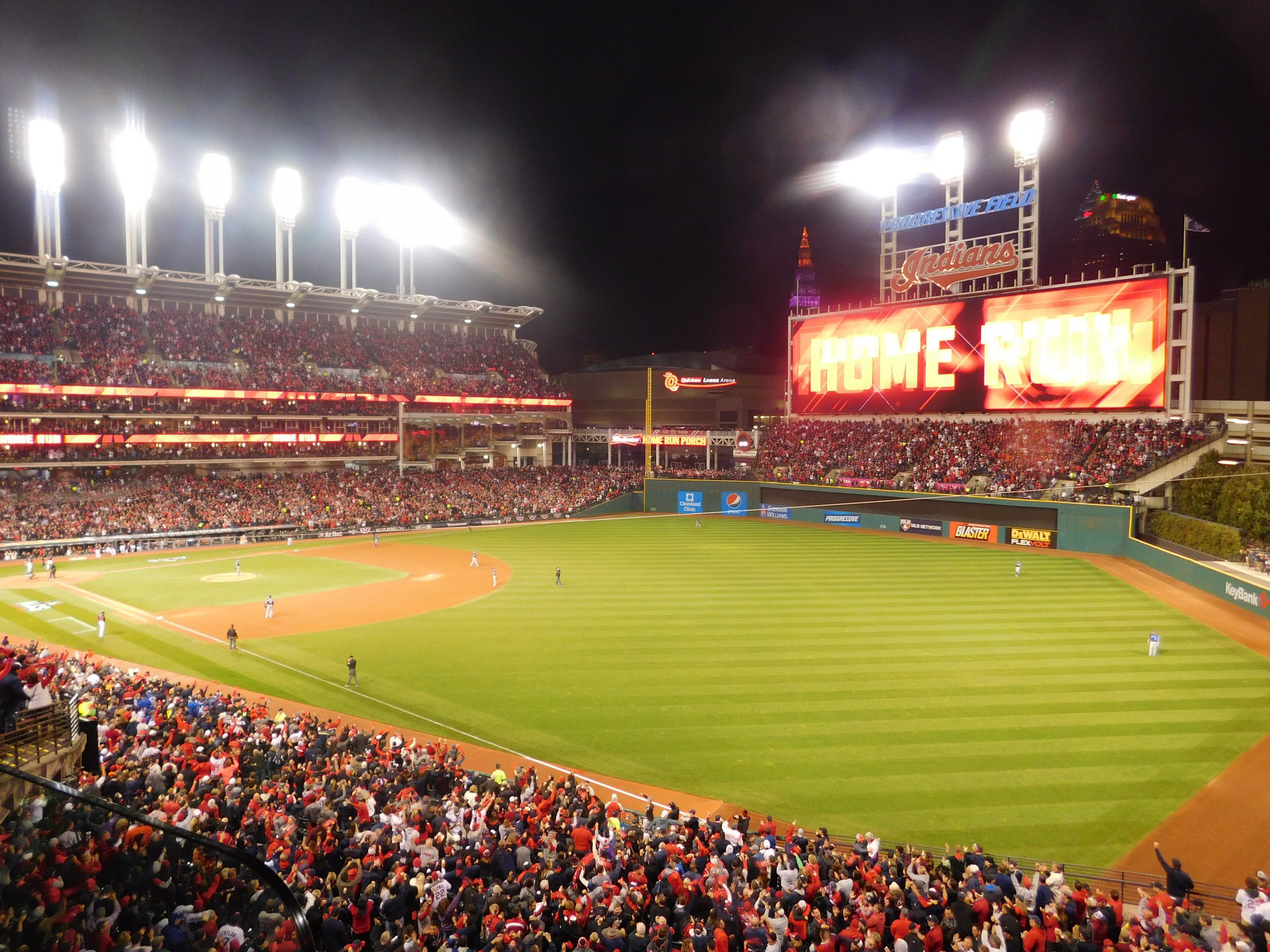 CLEVELAND – On a night when runs were hard to come by, one swing of the bat by Indians shortstop Francisco Lindor was all the difference, and because of it, the Indians are three wins away from a birth in the World Series.

It was high drama Friday night as the Indians beat the Toronto Blue Jays 2-0 at Progressive Field, a game that featured another key start by Corey Kluber, and the only clutch hit that mattered after five and a half scoreless innings.

Kluber was challenged all night by the Jays, as they put two runners on base in each of the first three innings, but the Indians ace was able to get out of it each time.

The biggest Jays threat came in the first, when a Josh Donaldson single and an Edwin Encarnación double put Jays on second and third with one out.

The Indians pitcher struck out Jose Bautista and got Russell Martin on a slow grounder to first to end the frame with no damage.

A Toronto single and walk in the second was wiped out by a double play, and in the third a two-out single and walk did no harm as Kluber struck out Martin to end the inning. 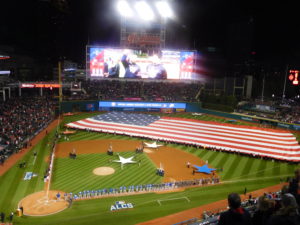 Marco Estrada didn’t have many issues with the Indians early, but gave up the only two runs of the game in the 6th thanks to Lindor’s blast.

The Inning started with Indians manager in fun kissing the bat of second basemen Jason Kipnis, who then drew a one-out walk.

Lindor, down 0-2 in the count, then crushed an offering to center to send the sold out crowd into a frenzy.

Estrada knew right away he had made a critical mistake, one that cost his team a chance at a big game one win.

“I was trying to bounce (the pitch) to be honest with you, it was an 0-2 pitch,” Estrada said. “He yanked it and hit it out, he’s a good hitter, that’s what happens when you make mistakes.”

Kluber came on for the 6th, got an out, and then turned into over to the pen with Andrew Miller coming in for 1.2 innings, recording five strikeouts.

Cody Allen pitched a perfect 9th for the save to preserve the win and to give the Indians a critical game one victory.