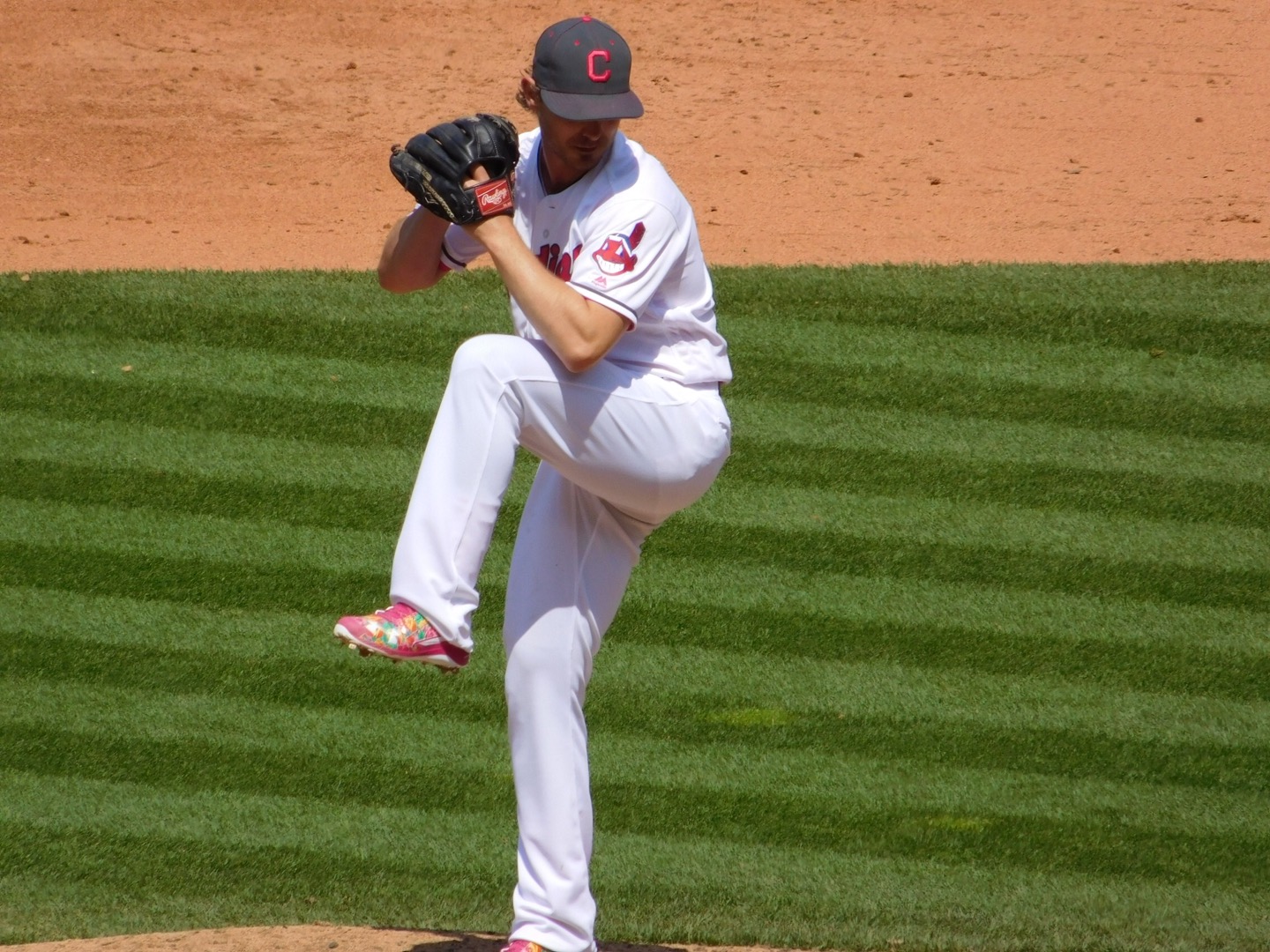 CLEVELAND – There was plenty good to talk about after the Indians 5-4 comeback win over the Twins Tuesday, but there was one glaring question that had to be asked – what to do with starter Josh Tomlin?

Again on Tuesday Tomlin put the Tribe in a position to have to play from behind, as he lasted just 1.2 inning, this shortest start of his Major League career, allowing the Twins to build an early 4-1 edge.

Tomlin still hasn’t won a game since July 30th, not a stretch of six starts. He will exit the month of August as the worst of his career, going 0-5 with an ERA of 11.60.

On the season he remains at 11-8, but now with the Indians in a true race to the postseason, would Tomlin be disappointed if he was removed from the rotation?

“I don’t know how I could be disappointed about that, I don’t,” Tomlin said after the Tribe win. “Whatever decision (Terry Francona) makes I understand, it’s not like I am going out and throwing eight shutout innings right now every time right now.

“I’m struggling, I know I am struggling, I take full ownership of that. It’s my fault I don’t know what I am doing, but I am anxious to get back here tomorrow and try to figure it out.”

Tomlin hasn’t made a decision to keep him in the rotation easy at all for manager Terry Francona, as it would be tough to keep allowing Tomlin to go out every five days and put the Indians in an early hole.

In the month of August, Tomlin has only gone over five innings once, and that was in a 3-2 loss in the makeup game on August 15th against the Boston Red Sox.

He had at least gone four plus innings in all his other August starts until Tuesday, when Francona was given no choice but to pull the plug on Tomlin after just 1.2 innings.

“Just so many hits early, they had seven hits in an inning and two-thirds,” Francona said. “I thought like watching the first inning unfold, that we had a chance to score some runs, and I didn’t want it to get away from us.

“That’s why we did it, just didn’t want it to get farther.”

It seems like a pretty cut and dry choice that something has to be done with Tomlin and his spot in the rotation, as he hasn’t been nearly as good as he was back when building a 9-1 record through the first three months of 2016.

With Mike Clevinger sitting in the bullpen, it seems like an easy choice to switch the two for a start or two, just even to let Tomlin work out of his troubles.

Francona seems to know that something has to happen, but right after the game he wasn’t ready to declare any decisions about the matter.

“We have the ability to maybe juggle the rotation a little bit,” Francona said.

“I don’t think 5-10 minutes after the game is the time to do it, we’ll sit down a little bit and go through it and see if bumping him back a couple days or whatever, we’ll figure it out.”

Tomlin himself is well aware of the position he’s putting the team in every five days, and he sounds like a pitcher ready to do whatever he can to figure out why the issues are happening.

“I can’t dwell on it by no means, but come back tomorrow, figure some stuff out, talk to Mickey (Calloway) talk to Tito, talk to some guys in the rotation and figure out what I am doing,” Tomlin said.