John Wall on Kyrie Irving’s trade request: “That was crazy to me” 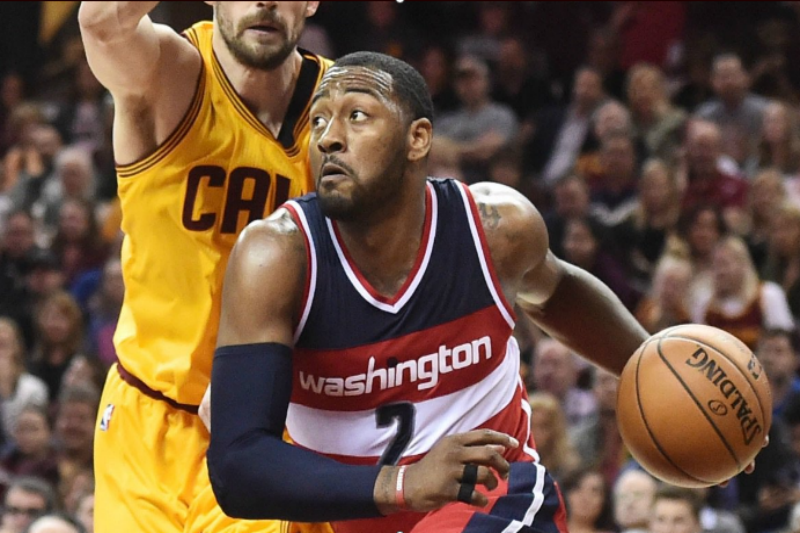 The way that Washington Wizards point guard John Wall described Kyrie Irving’s trade request was probably similar to what a lot of Cavaliers fans felt when they first heard the news.

In a new interview with CSN Mid-Atlantic’s Chris Hughes, Wall was asked about Irving’s request to be traded to a team where he feels like he will have more of a starring role:

“That was crazy to me. I didn’t know that was happening at all. Well, too bad,” Wall said of the timing. “It’s kinda tough. If I had been to three straight [NBA] Finals, I’d want to stay but you never know what type of relationship or what type of details they have going on the backside. Nobody knows what’s going on behind closed doors. He’s one of those guys who wants to be the main guy.

“It’s a different situation when you’re playing with a guy like LeBron James who is so dominant. Everyone is always going to be the second guy to him. It’s kind of like what I tell all the young guys when they first come into the league. It’s kind of tough to get the young guys to play as one on the floor because everybody is trying to build their name up and start their own foundation. It’s kind of tough when you’re always in the shadow of somebody else. That’s something he probably got tired of.”

As Hughes points out, this is of course ironic. Irving envies Wall’s situation, since Wall gets the lion’s share of the credit for the Wizards’ success. Irving, on the other hand, has what Wall does not in the form of an NBA Title and three straight trips to the NBA Finals.

From the interview, it’s clear Wall was shocked by the news but understands on some level why Irving made his trade request. But, for these two point guards, it’s clearly a case of the grass always being greener on the other side.