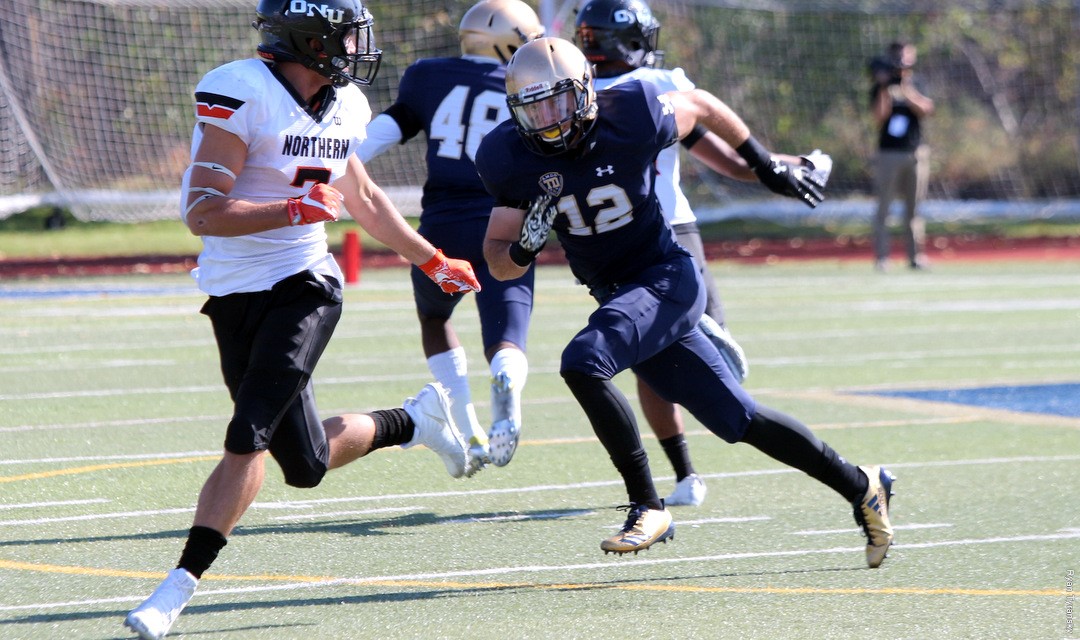 The road team claimed victory for the seventh time in the last 10 meetings between the two programs, as the Blue Streaks lost 27-20 to the Polar Bears in double overtime at Don Shula Stadium.

With the defeat, head coach Rick Finotti and company will need a miracle to stay in playoff contention.

The Blue and Gold continued to feature a crowded running back room, with Golphin and Sam Kukura combining for 183 yards on 27 attempts (6.78 yards per carry).

Quarterback Anthony Moeglin was under pressure all day long, suffering four sacks on 13-of-28 completions for 118 yards and one touchdown.

Despite finishing the contest without a turnover, Kornowski – who gave his team the lead on a nine-yard strike to start overtime – represented the only wideout to have more than 36 receiving yards and two catches.

After Will Freed connected with Ryan Rockwell for an 18-yard TD and Chase Watson chipped in a pair of field goals, the Polar Bears came through when it mattered most in the extended time.

The freshman play-caller promptly placed 12-yard touchdown passes in the hands of receivers Rodney Holmes and Caleb Saalfeld, shifting momentum to tie the score at 20-20 and eventually win the see-saw affair, 27-20.

The Blue Streak secondary broke up 10 passes – four of which by Tyshawn Jones – but struggled amidst the late-game drama.

Matt Danko made his mark on the special teams unit, lacing two kicks through the uprights from 39 and a career-high 41 yards.

The junior from Boca Raton, Fla. is 7-for-9 on FGs this season, also earning a pair of OAC Special Teams Player of the Week awards.

The Blue Streaks play the Capital Crusaders next Saturday at 1:30 p.m. from Purmort Field at Bernlohr Stadium in Columbus, Ohio.