Oh boy. This was a game that many Browns’ fans would love to forget.

The Jets rolled into First Energy Stadium on Sunday afternoon looking to score their first win of the season. They found it. The first 30 minutes of game time were a back-and-forth affair between both squads. Each team entered the midway point tied up at 14 apiece.

The Browns, led by Nick Chubb’s three touchdown performance, were able to obtain some breathing room over the next 28 minutes by outscoring the Jets 17-3 and pushing their lead to 30-17 with 1:55 left in the fourth quarter. However, no lead is ever safe in the NFL.

The last touchdown, scored by Nick Chubb was a hot topic of discussion between fans and media alike after the game, but I’ll get to that later. 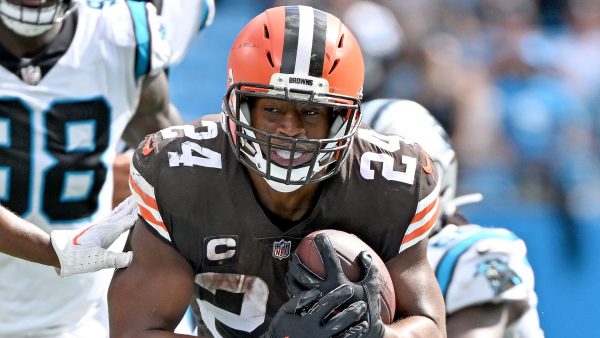 The events that unfolded over the next 1:55 are something you would have to see in order to believe. Simply, because of how outrageous it all played out. The Jets received the kickoff at their own 25 after a touchback. They wasted no time on offense. Joe Flacco and his offense were able to cover 75 yards in less than 30 seconds. Thanks to a 9-yard pass to Tyler Conklin and a 66-yard TD to Corey Davis. Thus bringing the Jets within six.

The average percentage of success on recovering an onside kick in the NFL is around 6 percent. The Jets, down 6 points with roughly one minute remaining, played those odds and won. They recovered the onside kick at their own 47-yard line to get the ball right back again. Over the next 38 seconds, the Jets constructed a drive that ended with a Garrett Wilson game winning touchdown. Wilson’s second touchdown of the day, to put the Browns away and steal a win on the road.

I have seen a lot of comeback wins in my life but this one was one that may never be forgotten. At least not by Jets or Browns fans. Analytics say that the Browns had a 99% chance of winning the game with 1:55 left in the fourth quarter. They should have been able to cruise to an easy victory and enter week 3 at 2-0. Unfortunately, the Browns defense went cold in crunch time. Giving up 128 yards in less than two minutes of play to close out the game.

Now, there are a dozen reasons why this game went the way that it did. None of those reasons should include Nick Chubb. The Pro Bowl running back finished the day with 3 touchdowns and 87 yards on 17 carries, plus another 26 yards through the air. He did everything that a premier back is supposed to do to help your team win. I am not one to place blame on one element of a game, but I do know that the offense was not the issue in this one.

The Browns are on a short week this week and welcome the Pittsburgh Steelers (1-1) to town for a primetime Thursday night showdown between division rivals. The Steelers will be without reigning DPOY T.J. Watt for this one and the Browns should look to capitalize on the matchup in the trenches

The Jets welcome the Bengals to Met Life next Sunday afternoon for the Jets’ second AFC North opponent in as many weeks. They will be riding high off their week 2 victory and will look to continue to add another one into the win column when Cincinnati comes to town