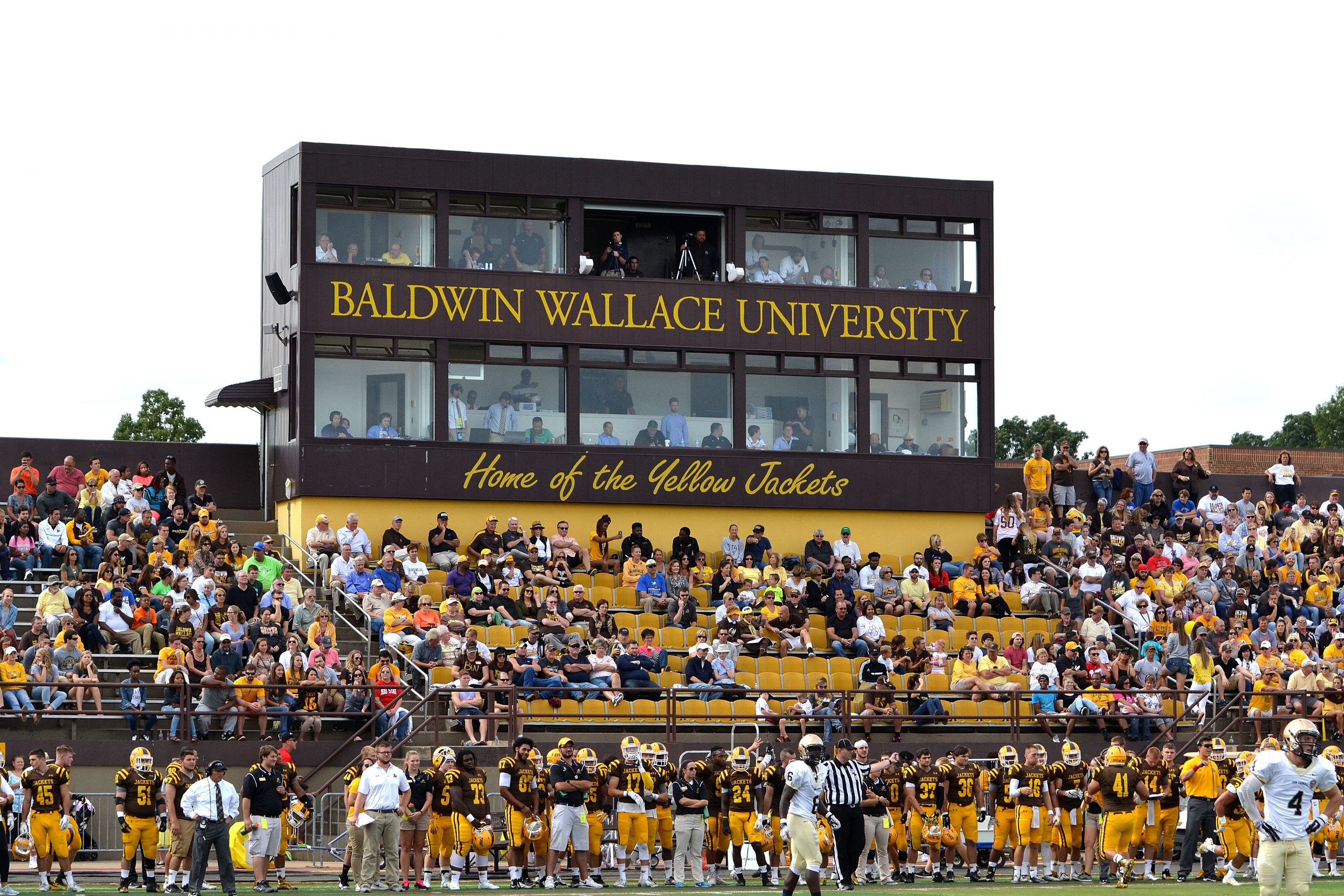 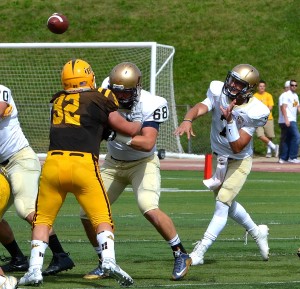 BEREA, Ohio – John Carroll University defeated Ohio Athletic Conference and Cleveland cross-town rival Baldwin-Wallace University University on Tressel Field at The George Finnie Stadium on Community & Family Day and in the 27th Annual Cuyahoga Gold Bowl Game before 5,750 fans. With its win, JCU assumes a 26-25-4 all-time lead in the series and a 14-13 advantage in the Gold Bowl series. 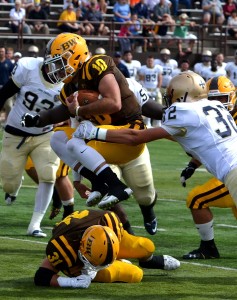 JCU was led on offense by by sophomore RN Arin Pruitt with a game-high 114 rushing yards in 19 attempts and a TD. Senior QB Jake Schaefer completed 19 of 34 passes for 143 yards with one TD and one interception. The top receivers were junior Nico James and Jordan D’Orazio with four catches each. One of D’Orazio’s grabs went for a TD. The Blue Streak defense was led by senior DE Mike Tozzi with a game-high 12 tackles.

In the first quarter, JCU gained a 3-0 lead at 4:09 on a 29-yard field goal by Jake Vivonetto. The boot came after BW drove deep into Blue Streak territory but the drive was stopped by an interception. The big play in JCU’s 6-play and 71-yard drive was a 53-yard run by Pruitt. 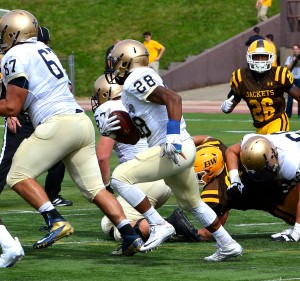 Sophomore Arin Pruitt (Sheffield Lake/Brookside) had a game-high 114 rushing yards in 19 attempts and a TD for the Blue Streaks. Photo – Ryan Kaczmarski

BW came right back to take a 7-3 lead at 51 seconds when Moeglin carried into the bend zone from 5 yards away to cap an 8-play and 58-yard drive. Junior Academic All-OAC placekicker Joe Simonis (Hinckley/ Medina Highland) booted the PAT.

In the second quarter, JCU retook the lead at 10-7 with 30 seconds before halftime when Schaefer threw a 4-yard scoring pass to D’Orazio to cap a 7-play and 49-yard drive. Vivonetto added the PAT boot.

In the third quarter, the Blue Streaks increased their lead to 17-7 at 5:27 when Pruitt scored from 2 yards out to cap an 11-play and 53-yard drive. Vivonetto added his second PAT boot.

On the first play of the fourth quarter Moeglin ran one yard to the end zone for his second TD of the game to cut the lead to 17-14 at 14:57. Simonis added the PAT kick. The four-play and 23-yard drive followed an interception by sophomore cornerback Theodore Washington (Orlando, Fla./ First Academy).

The Yellow Jackets return to action next Saturday, October 3 when they travel to New Concord, Ohio to play OAC rival Muskingum University at McConagha Stadium at 1:30 p.m. The next home game is on Homecoming on Saturday, Oct. 10 versus Marietta College at 2 p.m.