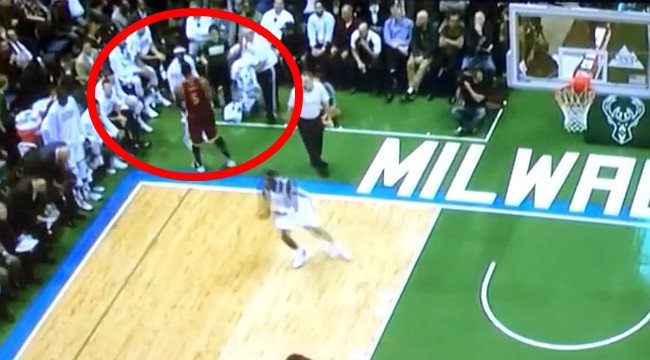 Lost in the insignificance of a 118-101 loss to the Bucks, Smith added to his legacy by completely walking off the court during a play to dap up his buddy Jason Terry.

After the game, he claims he didn’t remember the play and then said he didn’t even know he was in the game.

Judging by the final score, no one else on the Cavs knew they were either.

Thankfully, it’s all sunshine and rainbows for the Cavs and the regular season is just a formality to go through before the inevitable three smooth rounds of Eastern Conference domination.