Iman Shumpert’s Message to Golden State Warriors: “We gon’ bust your a**. Period.” 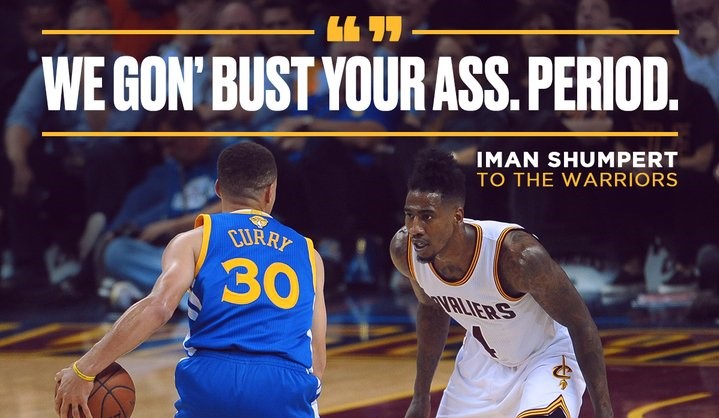 Iman Shumpert threw another jab in the back-and-forth war of words between the Cavs and Warriors, who appear to be destined for a third-straight NBA Finals meeting.

Iman Shumpert has a message for the Warriors. pic.twitter.com/cRxMWE0yEn

In a recent interview with Complex Magazine, Shumpert was asked about some of the trash-talk from Draymond Green.

Draymond Green said in a recent interview that if the Warriors win the West Conference and the Cavs win East Conference, he wants to “annihilate” you guys in the Finals.

The Warriors have won 12 in a row since starting the season off on a somewhat inconsistent note and now appear to be the team everyone expected to see.

No one in the East has proven they can threaten the Cavs yet.

Barring major injuries to either side, Shump will more than likely get the chance to put his money where his mouth is again.