Isaiah Thomas On Hip Injury: “I’ll Be Back And I’ll Be The Same Player” 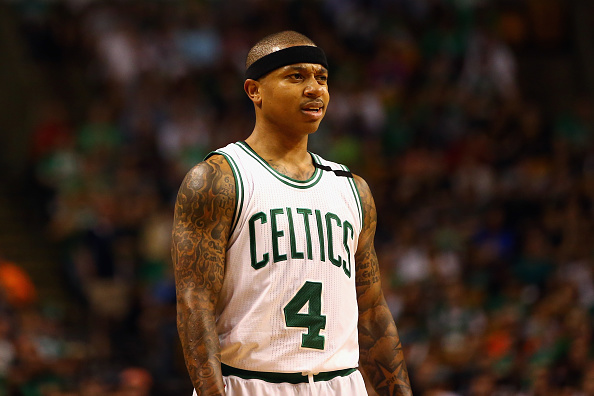 When the Cleveland Cavaliers acquired Boston Celtics point guard Isaiah Thomas in the Kyrie Irving deal that also brought Jae Crowder, Ante Zizic and the 2018 Brooklyn Nets first-round pick, the only concern was the health of Thomas. Thomas had suffered a hip injury in last year’s Eastern Conference Finals matchup with the Cavs and he has yet to fully heal after surgery. The Cavs were very vocal about wanting more from the Celtics to complete the deal, with the uncertainty that Thomas could continue to perform at a high level looming large.

Thomas has since spoken out on the concerns, perhaps sending a message to every team in the NBA. In an interview with ESPN’s Adrian Wojnarowski, Thomas stated the following:

Thomas also stated that he and the Cavs have been in frequent contact since he arrived in Cleveland last Friday to take his initial physical.

The Cavs and Celtics have until Thursday morning at 10am Eastern Time to complete all of the player physicals successfully and finalize the deal.

David Griffin speaks out on Cavs-Celtics trade
Report: Cavaliers No Longer In Pursuit Of Another Young Player Or High Draft Pick To Complete Kyrie Irving Trade