Is Deontay Wilder The Next Great American Heavyweight? 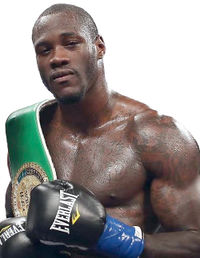 Long gone are the days where the Heavyweight Boxing Champion of the World was considered the baddest man on the planet.  Far from it as most Americans cannot even list 5 current boxers off the top of their heads.  Many reasons have caused this, the lack of American Heavyweights for one, and the widespread of divisions, thus each weight class having multiple champions and not one unified champ.

American heavyweight Deontay Wilder is set to change all that.  The current WBC heavyweight champion won again over the weekend, a dominating title defense KO over Gerald Washington that pushed his record to 38-0 with 37 KO’s.

Not since Mike Tyson has an American heavyweight taken the boxing world by storm such as Wilder is set to do.  As mentioned, because of the widespread divisions and lack of American heavyweights,, Americans in general have lost interest.  Rivalries such as Holyfield vs Bowe or even Middle weight rivalries such as Leonard vs Hagler and Hagler vs Hearns cease to exist.

Wilder has all the talent in the world, and the perfect chance to strike when the iron is hot as Americans are just now starting to kick the tires on boxing again.  He simply needs a big name rival, who will it be?  Wilder has been ordered to fight mandatory challenger Bermane Stiverne with negotiations to begin immediately.  Time will tell if Boxing is back for good!