Is Being an Underdog Against the Ravens a Good Thing for the Browns? 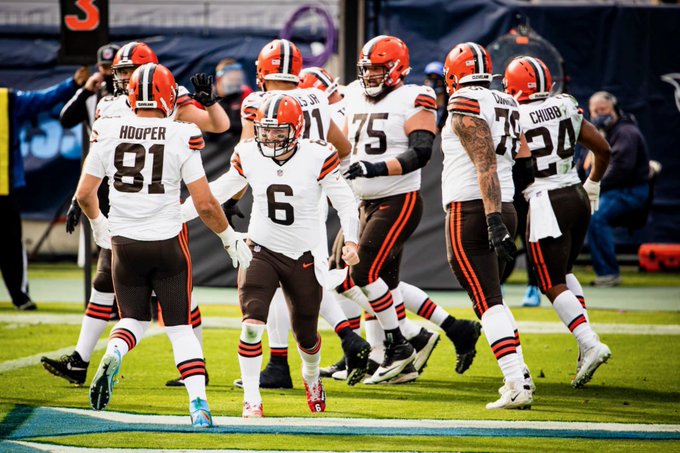 Each week when the lines for the upcoming NFL games come out for the next week, there are always one or two games that kind of make you shake your head.

This week one of those games hits home, as it’s the final game of the week between the Browns and Ravens, two AFC North rivals who are set to do battle tonight on Monday night football in the final game of week 14.

When looking at the odds on this game and thinking about playing the odds or doing any type of crypto betting, you may wonder – why are the Browns home underdog at minus three?

Cleveland is playing better football than the Ravens, documented easily by the fact they sit higher in the standings at 9-3, while the Ravens are 7-5, fighting for their playoff lives.

Part of the reason for the perceived disrespect could be the fact that the Ravens completely dominated Cleveland in the season opener, winning easily in Baltimore 38-6.

Tbh I think everyone forgot that we beat the browns be 32 points last time we played pic.twitter.com/RnFFfPfAQR

It was a complete route from the opening kickoff, as the Ravens picked off Baker Mayfield on the opening drive, and then watched as Lamar Jackson dominated, throwing for three scores and easily orchestrating the Baltimore offense to 38 points.

The Browns on the other hand, played the game more like the team that didn’t win a game a few years back than one that would be considered one of the best in the AFC in 2020.

They managed 306 yards, but also committed eight penalties and had little to no impact on offense trying to get back in the game.

The Ravens led it 24-6 at half, as the backbreaker was the last Baltimore drive before halftime, as Jackson put together a perfect 7 play, 69 yard drive in just 35 seconds, hitting Pro Bowl tight end Mark Andrews with a 9-yard score to put them up 18.

That was then, this is now.

Since that game, the Browns have lost in a blowout to the Steelers, and a bad weather game at home to the Las Vegas Raiders.

Other than that, they have done whatever it’s taken to stack wins, and for it as of now they remain in the AFC North race after the loss Sunday night by the Steelers.

They can use the underdog role against Jackson and company to play with a chip on their shoulders, and should considering a loss would halt their dreams of stealing the division from the Steelers, and also hurt their wild card spot as well.

Don’t sleep on the fact that the Browns face this game as an underdog, and lay your smart money on a Browns emotional win tonight – a game that fans have waited years for by the lakefront.