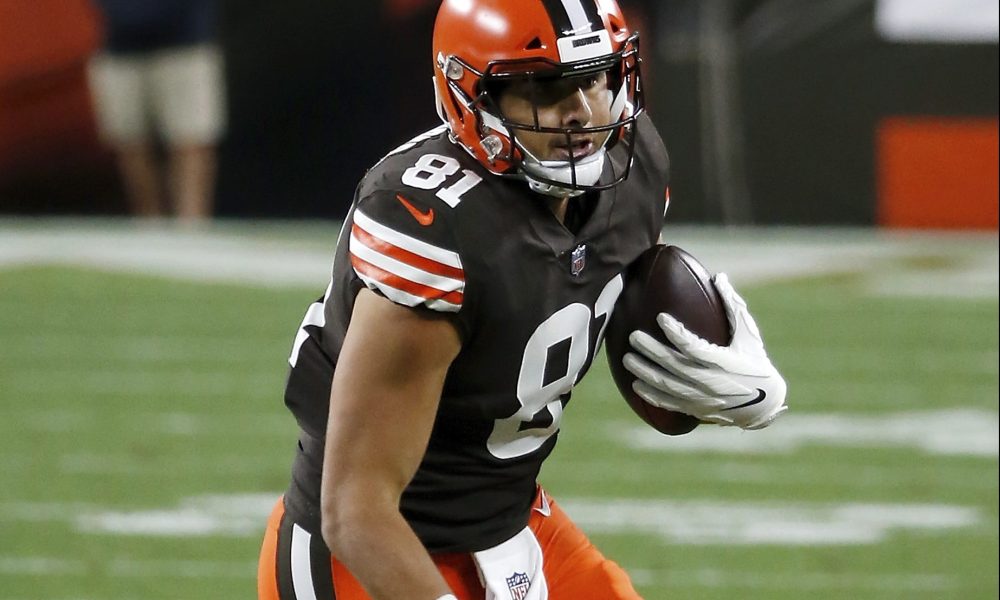 The Browns look like they will be minus their top tight end in their game Monday against the Ravens, as a report says that Austin Hooper is out with a neck injury.

#Browns TE Austin Hooper, listed as questionable for Monday Night Football vs. the #Ravens, is not expected to play because of a neck injury, source said. The team will monitor it going forward and hope for improvement.

Hooper this season has 30 catches for 286 and two scores for the Browns. Without him in the lineup the team will go with Harrison Bryant as the starter with David Njoku as the number two.

Is Being an Underdog Against the Ravens a Good Thing for the Browns?
Inactives for the Browns and Ravens Monday Night Football Battle