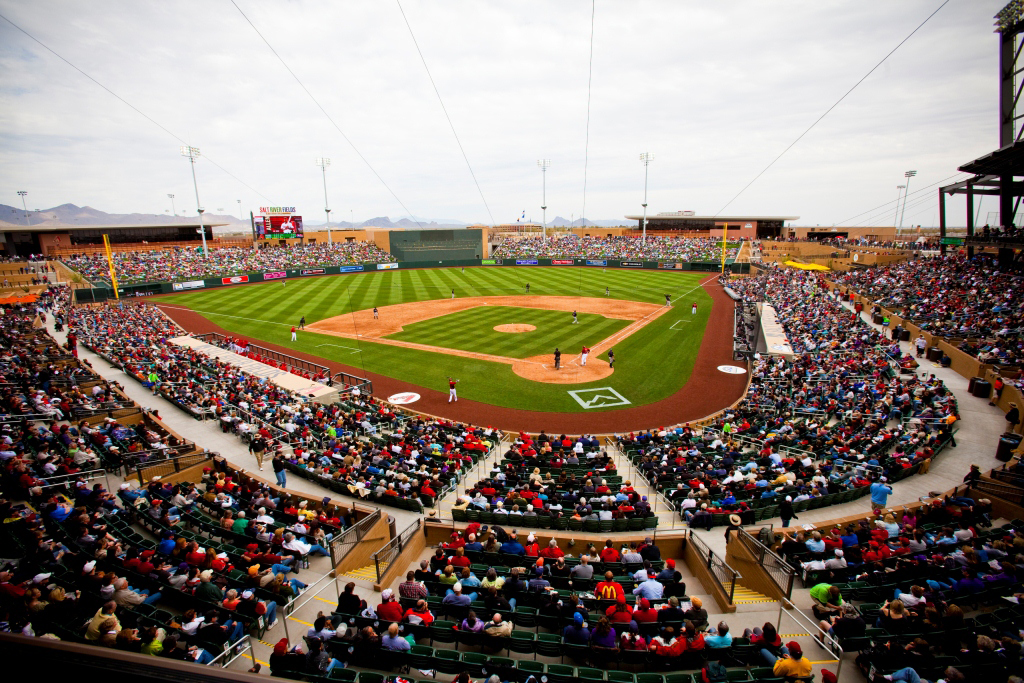 Thursday the Indians improved to 7-6 on the spring, as they won their third straight game with a 4-3 victory over the Arizona Diamondbacks at Salt River Fields.

Three of the four Indians hitters who came around to score, reached base via a walk.

Arizona took an early 2-run lead in the bottom of the first on a two-run homer by second basemen Wilmer Flores off Tribe starter Trevor Bauer.

The Tribe tied the game in the top of the third inning on a two-run single by right fielder Trayce Thompson, who went 1-for-3 with a pair of runs batted in.

The Diamondbacks retook the lead with a run in the fifth before the Indians plated two in the seventh, tying the game when Ernie Clement (0-for-1, BB, R) came across to score on a wild pitch and taking the lead on an RBI-single by outfielder Daniel Johnson.

Martinez got the save, with Grimm getting the victory.

The Indians return home to Goodyear Ballpark on Friday to take on the San Francisco Giants under the lights 8:05PM.

Righty Jefry Rodriguez will make his first start of the spring against former Indian lefty Drew Pomeranz for the Giants. The game can be heard via MLB.com audio webcast.

Bauer Back on the Hill as the Indians take on Arizona, the Tribe’s Starting Nine
Indians Announce Roster Moves Prior to Friday’s Game Against the Giants