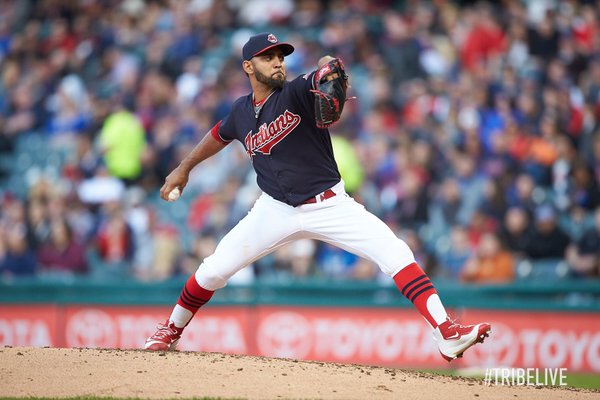 The Cleveland Indians kicked off a three-game weekend series at home against the Kansas City Royals on Friday night at Progressive Field.

Thanks to some great starting pitching and timely hitting from a super utility man, the Tribe cruised to a 7-1 victory.

The Tribe sent Danny Salazar to the mound while Kansas City sent a hard-throwing right-hander of their own, Yordano Ventura.

Cleveland struck first, thanks to Mike Napoli bringing across the first run of the game with a Fielder’s Choice RBI in the Bottom of the 1st.

Salazar pitched great and received some excellent defense to go with it, as Shortstop Francisco Lindor made this amazing play in the Top of the 3rd.

Nothing we can say anymore will do this kid justice. #VoteFrankie

Napoli would make it 2-0 with an RBI single in the Bottom of the 3rd, giving him his 19th RBI of the season, and later in the inning, Jose Ramirez cleared the bases with a three-run double to blow the game open and put the Tribe up 5-0.

Ventura’s day would come to a close after just four innings pitched.

Salazar kept dealing early in the game, and in the Bottom of the 5th inning, Ramirez struck again, driving a two-run double to left field, giving him a career-high five runs batted in, to make it a 7-0 ballgame. Ramirez now has 12 RBI on the season.

Salazar would continue to dominate, finishing his outing with 7.2 shutout innings, allowing just four hits and issuing one walk. He struck out nine Royals on the night and earned his third win of the season to improve to 3-2 on the season with a 1.91 ERA.

The Royals would score one run late in the ninth inning, but it was to no avail as the Tribe finished off the 7-1 win to improve to 14-12 on the season and extend the win-streak to four games.

They’re back at it against Kansas City on Saturday evening at Progressive Field, as Cody Anderson faces off with Ian Kennedy at 4:10 PM.