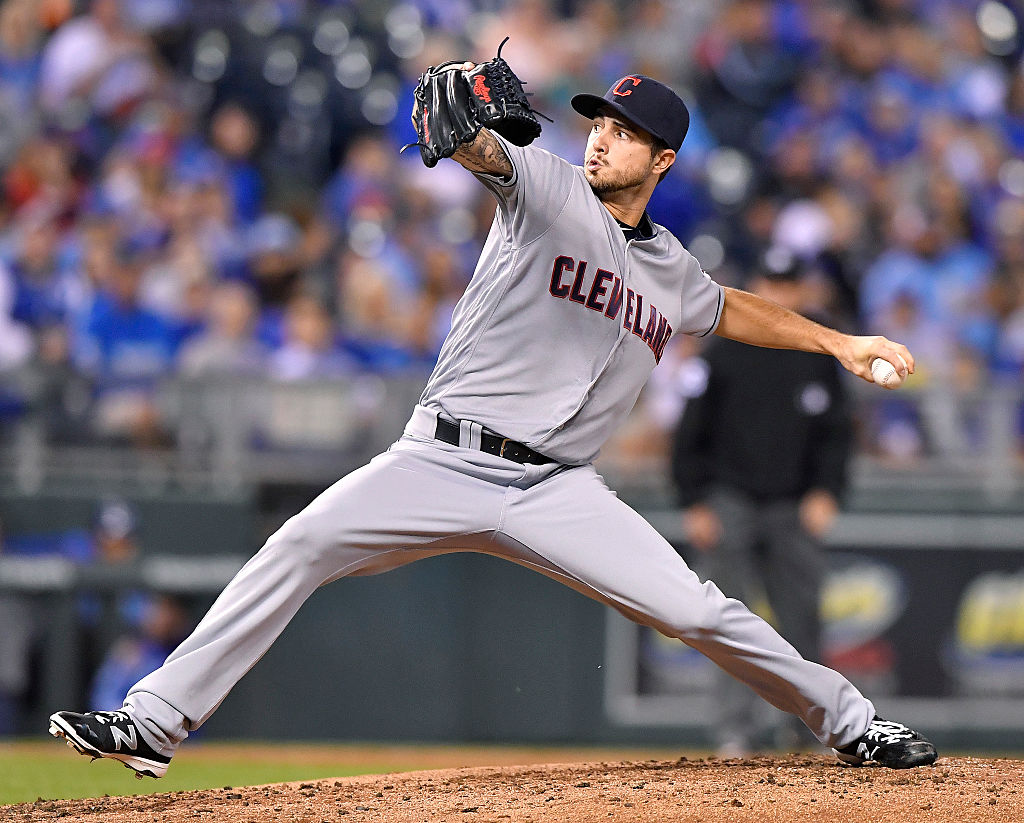 After a soggy couple of days in Detroit in which the Indians finally were able to wrap up the American League Central, the team Friday night turned their attention to their final regular season series in Kansas City, starting the three-game set with a solid 7-2 win.

Two big positives in win was the pitching of young thrower Ryan Merritt, who retired the final 13 batters he faced in five strong innings, finally giving the Indians pen some relief.

Another key was Indians shortstop Francisco Lindor, who came out of his slump in a big way with a three-run homer.

The dynamic young player was in an 0-for-29 slump when he doubled in the 3rd, and then homered off the left-field foul pole with pinch runner Michael Martinez and Carlos Santana aboard in the seventh.

As far as Merritt went, he looked sensational in his outing, allowing a first inning run, but settling in and not making any mistakes after that.

He threw 62 pitches, striking out four and walking none.

So what does the win mean for the Tribe when it comes to the postseason? Well, they know now officially they will play Terry Francona’s old team, the Boston Red Sox, in the ALDS starting on Thursday.

What’s not been set is if the series will be in Boston or Cleveland, as the final few regular season games will decide that.

It could come down to the Indians needing to play that makeup game in Detroit on Monday to see if they are going to start at home or on the road come Thursday in the postseason.

Boston trailed the Blue Jays 3-1 before scoring four in the 7th on Friday night to take home a 5-3 win, keeping the pressure on the Indians themselves to keep winning.

The Tribe has two more with the Royals, as Saturday it will be Trevor Bauer against Edinson Volquez.