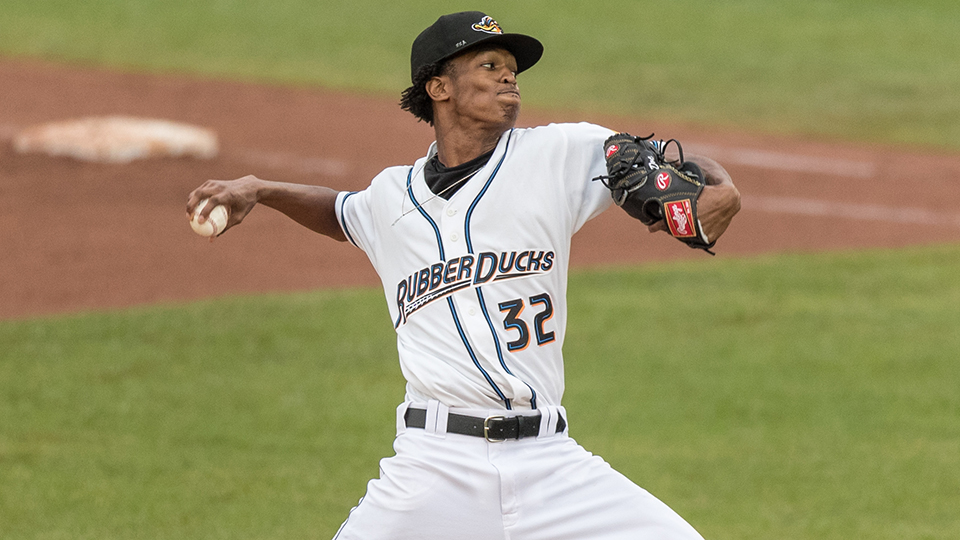 The Indians got some bad news as their top prospects today, as the team announced that pitcher Triston McKenzie has been shut down from throwing due to an upper back strain.

There’s no timetable on the return for McKenzie, as the 21-year-old is currently being evaluated in Arizona to determine the length of his rehab and return to game activity.

Last season McKenzie was impressive in AA ball with the Akron Rubberducks, going 7-4 in 16 starts, sporting a solid .268 ERA in 90.2 innings.

McKenzie walked 28 and struck out 87 last season in the minors. The team did not give information as to how McKenzie suffered the injury.