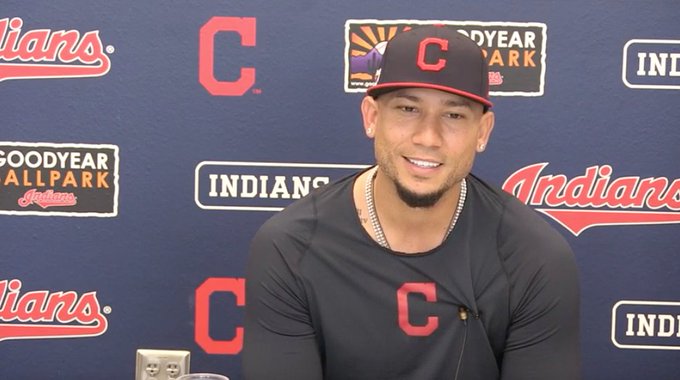 The Indians outfield shuffle will take another turn on Sunday, as the team will activate former Colorado Rockies outfielder Carlos Gonzalez to the Major League roster.

Both Paul Hoynes of Cleveland.com and Mandy Bell of Indians.com confirmed that Gonzalez is with the team in Kansas City, but won’t be activated until Sunday.

Gonzalez likely will take the roster spot of Jefry Rodriguez, who is scheduled to be sent back down to AAA Columbus after his spot start against the Royals Saturday night.

The Tribe inked the 33-year-old to a minor league deal back on March 16th, and in six games with the Clippers hit .348, with a double, homer and three runs batted in.

With Gonzalez making the roster, he will make a guaranteed $2 million this season, plus another $1 million is available in incentive bonuses.

Last season Gonzalez hit .276 with the Rockies, hitting 16 homers with 64 runs batted in. The lefty hitter is a three-time NL All-Star, having played the last 10 seasons with the Rockies.

Indians Send Luplow and Edwards to AAA, Recall Anderson and Rodriguez
Bailey Goes Seven, Blanks the Indians 3-0 to Send Tribe to 8-6 in 2019