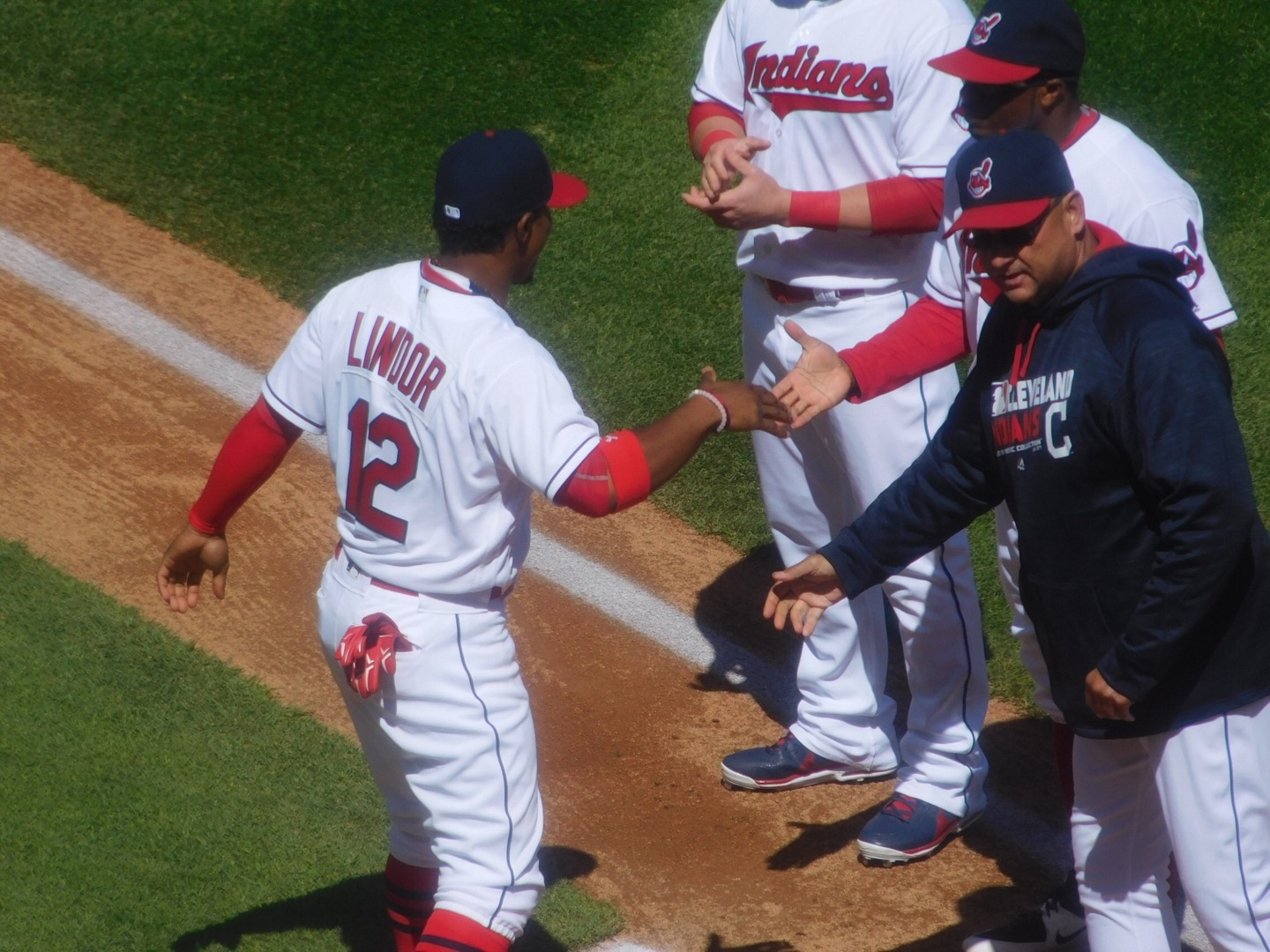 The Indians were looking to get back on the winning track after losing five of six on the road which includes ending the trip by getting swept in Philadelphia. Prior to hitting the road, the Tribe were 9-7, and had just claimed a three-game sweep of their own in Detroit. Could they do it again, but this time in front of their home crowd?

Just like the first game in Detroit, as mentioned above, it would be Tomlin for the Tribe and Verlander for the Tigers. Once again Terry Francona moved Carlos Santana back up to the leadoff spot making that his sixth time of the season, and his fourth against the Tigers.

The night started off great for the Indians as they put up 3 runs in the first inning and never looked back. Jason Kipnis walked with one out, followed up by a single to right from Francisco Lindor. Mike Napoli would bring them both home on a two-out double to center, and Yan Gomes followed up with a single to center to make it 3-0.

The Tribe would go up 4-0 in the third after Lindor doubled to right and was brought in by Michael Brantley on a single to center.

The Tigers cut the lead to 4-2 on a two-run shot by Ian Kinsler in the fifth. The Indians, however, had an answer in the home half. Santana walked, and Kipnis singled to set up Lindor for a three-run blast to extend their lead to 7-3. The Tigers would only score one more run in the eighth to give the Indians the 7-3 win.

Lindor finished the night 3 for 4, and Tomlin got the win.