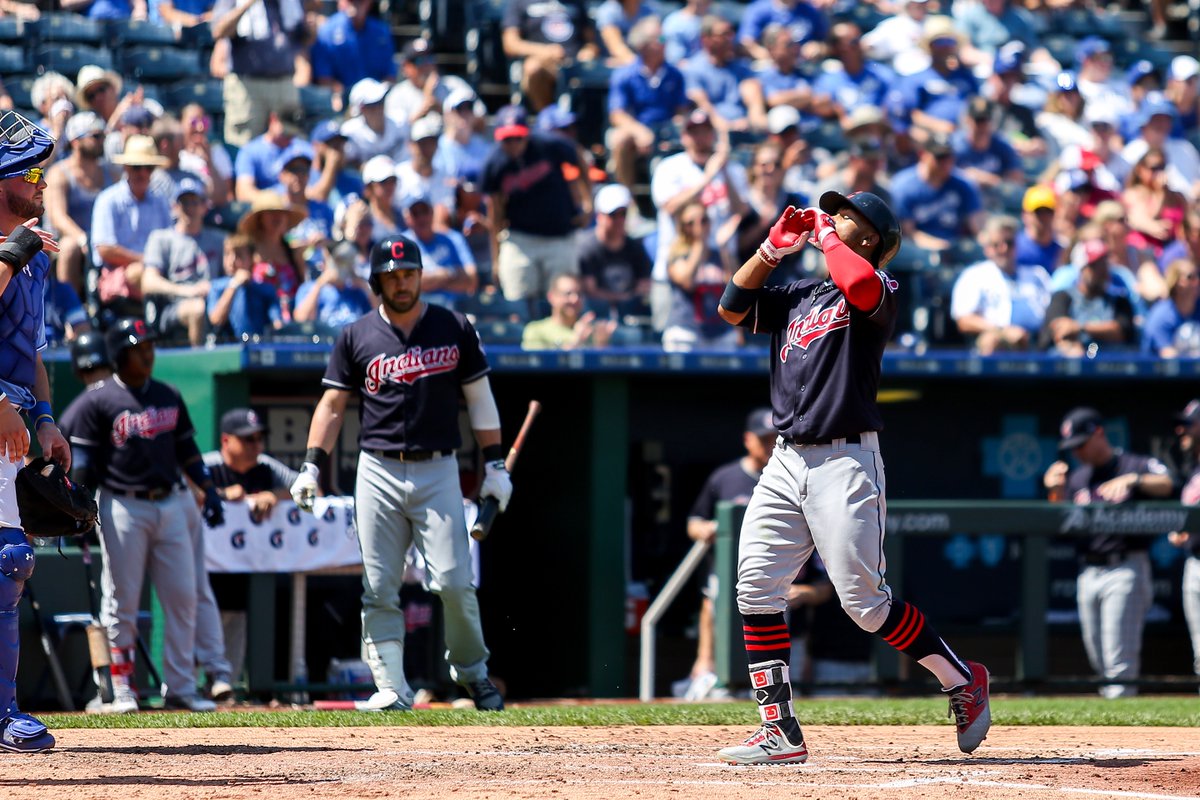 CLEVELAND – The Indians are making a rather emphatic statement today against the Kansas City Royals at Progressive Field, going for the sweep they put up a three-spot in the first, and a NINE run second inning to build a 12-0 lead.

There was plenty to talk about in the nine-run second, but maybe the most interesting moment was a three-run homer by Francisco Lindor, who belted his 24th of the season to make it a 5-0 game.

The reason the moment will be remembered for a long time to come was the fact that a fan in the first row of the bleachers – wearing a Lindor jersey – made a solid snag of the home run ball and went into full celebration mode.

Why “Pro Wrestler” John Cena, May Be Your Child’s Last Chance At A Sports Hero!
Indians Sweep Royals; Three Takeaways from todays 12-0 win