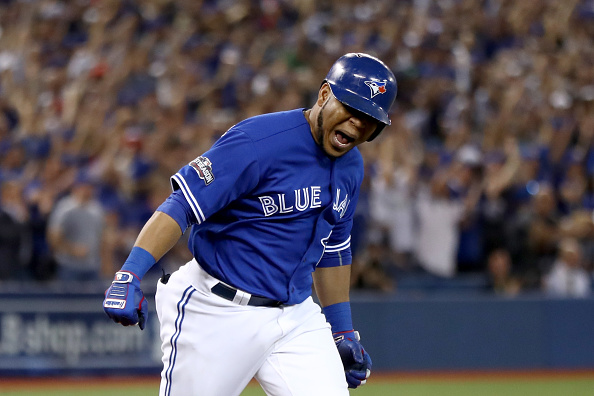 While no deal is imminent, things tend to get done at the MLB Winter Meetings, and you can bet the Indians are going to try to get a deal done over the course of the meetings in the next 72 hours.

The Tribe needs a first basemen with the possibility of losing Mike Napoli, who is also a free agent, and there’s no doubt while Napoli was very good a season ago, getting Encarnacion would make the Indians the front runner in the American League in terms of a return to the World Series in 2017.

Encarnacion did get a qualifying offer from the Blue Jays, and any team that inks the infielder would be forced to part with a draft pick.

If the Tribe can find a way to get a deal done, it’s likely Encarnacion would get a lot of playing time at first, but also would see time at DH like what the team did last season with Napoli and Carlos Santana.

Two other American League teams that were reportedly in the mix for Encarnacion were the Astros and Yankees, but those teams already made signings at the meetings, with the Astros getting Carlos Beltran and New York inking Matt Holliday.