Indians Pound Out 16 Runs; Beat Up the Mariners 16-2 in Peoria 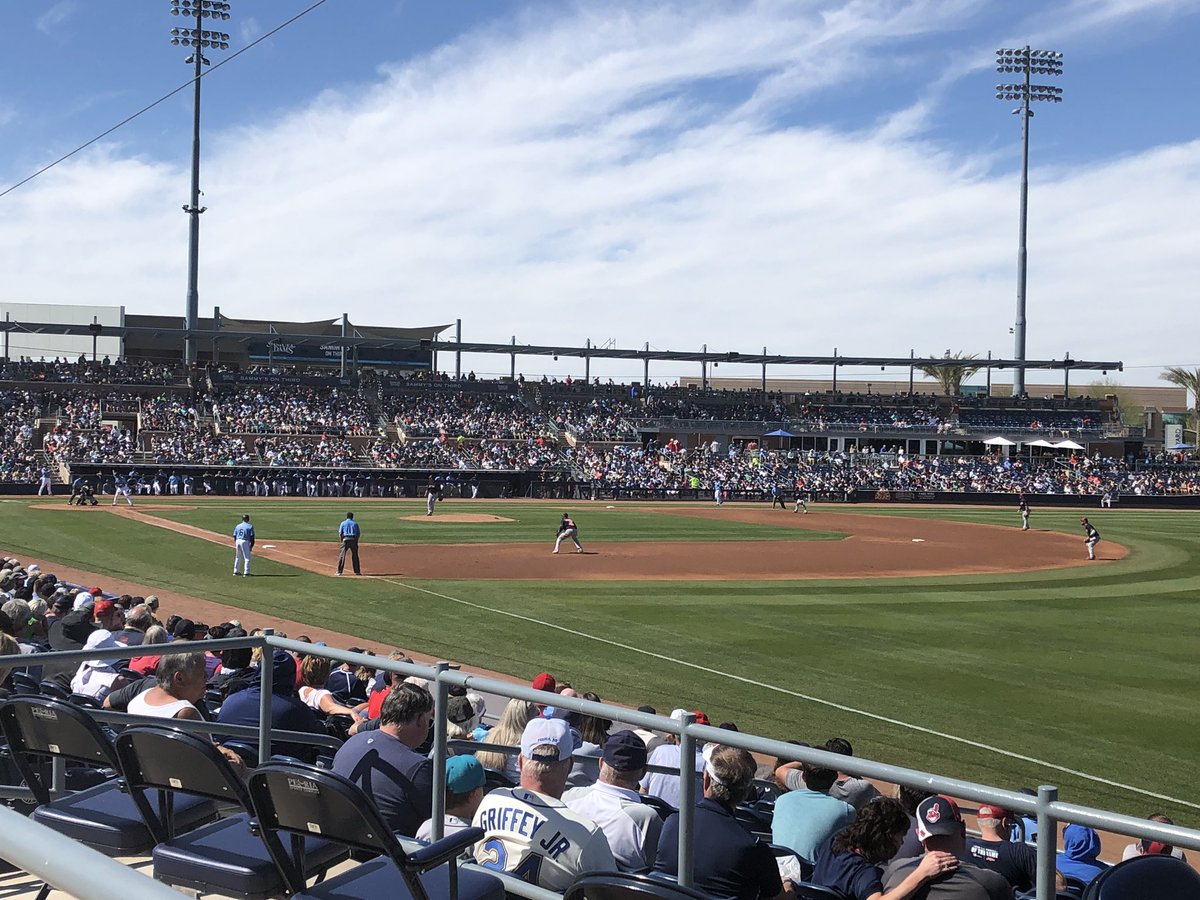 The Indians bats were on fire on Sunday, as the team fired off 16 runs off the Seattle Mariners, trouncing them 16-2 at the Peoria Sports Complex.

The victory means the Tribe has now won five of their last six spring affairs.

The big hero on offense was center fielder Oscar Mercado, who went 3-for-3 with a homer (his third of the spring), double, two runs scored and three runs batted in.

“My goodness, he’s really giving himself a chance because he’s so athletic to begin with, but when it starts carrying over to the batter’s box, man that’s fun to watch,” Indians manager Terry Francona said after the game about Mercado via Mandy Bell on twitter.

Starter Carlos Carrasco made his first start of the spring, allowing two runs (earned) on three hits and striking out four over 3.0 innings (BB, 2 solo HR).

Monday the Indians are back in Goodyear as they will take on Cincinnati Reds at Goodyear Ballpark at 4:05pm.

Corey Kluber will make his first start of the spring against righty Anthony DeSclafani of the Reds. The game will be a MLB.com audio webcast.

A "prodigious blast" is high praise from Hammy!