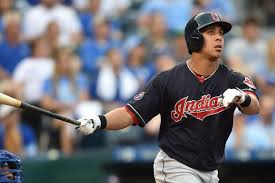 The news does not come as a shock, as Brantley has suffered one setback after another in his shoulder rehab, but his presence would have been a great help for a playoff run.

Francona delivered the news prior to Saturday’s game against the Los Angeles Angels of Anaheim and told reporters, “I guess I figure that all the work, it’ll pay off somewhere. It may not be this season, but I don’t think those things go unrewarded.

Despite missing its best hitter in the lineup, the Tribe has made due with the players on its roster, still hanging on to a four-game lead for first place in the American League Central Division.

Francona talked about his team’s success even with the injury to the star outfielder.

“We’ve basically played without him this year,” Francona said. “So we’ll just keep playing. That’s what we always do.”

The Tribe has scored 27 runs over its last two games, dominating the Angels, but has not played its best baseball since the All-Star Break, going 13-12.

Brantley’s season-ending surgery is not great news for the club, but at least there’s clarity going forward and the team knows what it has to do to hopefully make a deep playoff run.