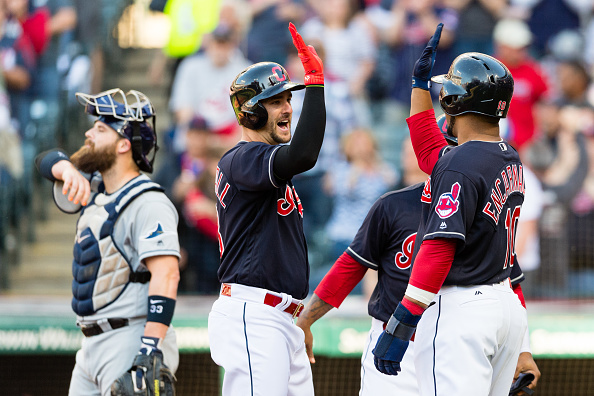 The Indians experienced a rough two games against the Los Angeles Dodgers on Tuesday and Wednesday.

That’s why on Thursday, it was important for them to come out and try and get some momentum back before beginning a seven-day stretch out on the road.

The Tribe did just that, and avoided being swept as they toppled Los Angeles, 12-5.

Josh Tomlin (4-8, 5.83 ERA) picked up the win for Cleveland, pitching five innings. The bullpen also seemed to be back on track, allowing only one run for the remainder of the game.

Before the Tribe heads out on the road to take on the Twins, here are three takeaways from Thursday’s win.