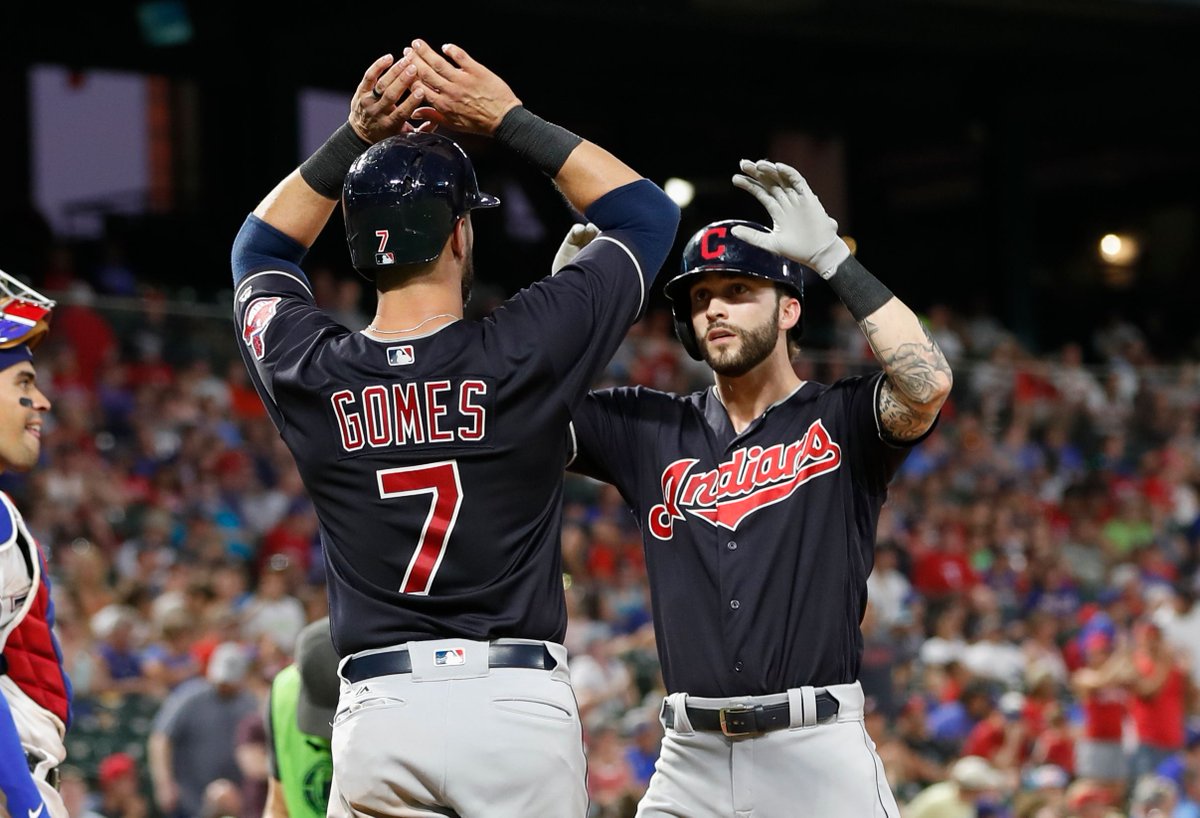 The Indians took on the Rangers Saturday night in Arlington for game two of three in the series.

The Tribe looked to extend their winning streak to three games and win the series with a victory, but they’d have to knock out former Indian pitcher, Bartolo Colon. What started as a pitching duel between Carlos Carrasco and Colon, took a turn after the fourth.

Many wondered how much juice the Indians offense would have in tonight’s game after playing eleven innings Friday night and racking up 17 hits and nine runs. Well, it became obvious that they had more than enough gas in the tank to put the Rangers away Saturday night.

The Indians dominated the Rangers from the fifth inning on to win 16-3. They were able to follow Friday’s 17 hit game with an addition 21 hits in the win. A staggering 38 hits and 25 runs in their first two games coming out of the all-star break.

Colon took the loss and dropped to 5-8 on the season. He gave up all his runs in a big fifth inning as the Tribe tagged him for five runs (all earned).

Things only got worse from there as Rangers reliever Austin Bibens-Dirkx was crushed in his four innings of relief. He gave up 13 hits, 11 runs (all earned) and walked a batter. Most of the damage came from Yonder Alonso and Tyler Naquin as they combined to bat 4-10 with three home runs and six RBI.

The win improved The Indians record to 54-43 and gave them a 9 ½ game lead in the central division. The loss dropped the Rangers to 41-58. Carrasco picked up the win to improve to 13-5 on the season. Here’s some quick takeaways from tonight’s win.

Bradley Zimmer Projected to Return to Baseball in 8-12 Months
How Good So Far are the Cleveland Indians TV Ratings in 2018?