Indians Make It Eight In A Row, Defeat White Sox 9-3; Three Takeaways From The Victory 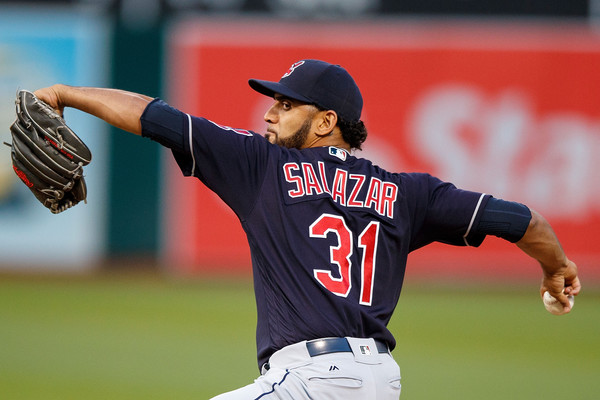 Well, it appears the Tribe have got hot at the right time. The Cleveland Indians have now won eight in a row after a 9-3 victory over the Chicago White Sox.

The Indians have found their stride and there’s a lot to take away from tonight’s game. Here is our takeaways from the win:

1. Salazar Shines- If you only looked at the last two outings from Danny Salazar, you would question everyone’s sanity when talking about the instability of the rotation.

After returning from the DL, Salazar has been lights out. From a fantastic showing in his return at home last Saturday in which he went seven shutout innings to today’s game where he went six innings and allowed only two runs, the righty is back on track and is starting to show signs of last year’s success on the mound. The only difference is Salazar seems to be trusting his defense a lot more, not necessarily going for the strikeout ball and allowing his guys to make plays. If he can keep producing these kind of performances, Salazar will be the “acquisition” the Tribe needed all along.