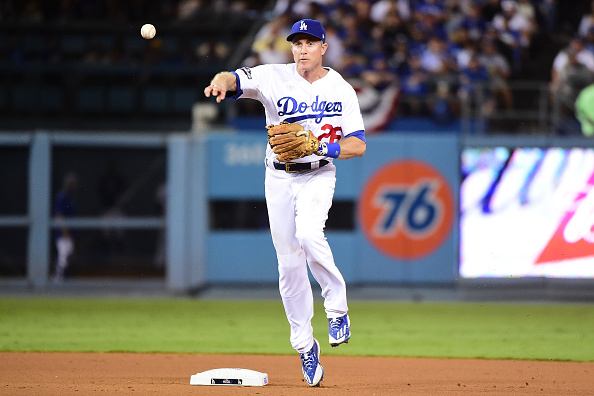 The Indians are always looking on the market for players that could help the team, and Jon Heyman says that one player they are “intrigued” by is 38-year-old Chase Utley.

Indians are intrigued a bit by chase utley. Not a perfect fit, though, as they have a star lhh 2B, kipnis.

His best season in the Majors came in 2007 when with Philadelphia he hit .332 with 22 homers, 103 runs batted in and even had nine steals.

Last season with the Dodgers he made $7 million, and the season before that in Los Angeles made $15 million. If there’s really any interest of having him come in as a backup to Kipnis, he would have to do it very much on the cheap.

Then again there’s a reason he’s on the market still, and if the Tribe can get him on the cheap, it might not be a bad spring addition.